So, Dungeon Fantastic dude, who the hell are you?

I've been playing RPGs since I was about 9 years old. Right around then I saw my uncle's RPG books, read The Hobbit

and the The Lord of the Rings

*, and got a copy of the Erol Otus cover Dungeons and Dragons Basic Set. Shortly after I learned to play from a couple of AD&D players who then further warped my understanding of the rules. Whatever.

Short version is, I've been gaming since towards the end of 1981, and haven't stopped for more than a few years here or there. If that long.

I've played a bunch of different systems, but I always seem to come back to fantasy gaming in any of them. I can only take so much realistic gunplay and sci-fi blasters and super powers before I say, what the hell, let's kill owlbears and steal their treasure.

My influences over the years have been mostly:

B/X D&D (I played it mixed with AD&D for a while)
AD&D (I played it for years, mostly post-Unearthed Arcana)
Rolemaster (the blue box edition, played a campaign or two)
GURPS

and assorted non-fantasy games, like Star Frontiers, Gamma World, Gangbusters, Boot Hill, Top Secret, Car Wars, Ogre, Elfquest (no, seriously, we played it for a while), and assorted wargames.

. . . and a lot of video games. Rogue, Ultima, Wizardry, Bard's Tale, Diablo and Diablo II, Planescape: Torment, Fallout, Jade Empire, and a few other big RPG games really got to me.

I'm also a GURPS author. It comes from decades of playing GURPS, really, and a great interest and dedication to writing for it. I am also a personal trainer, which is why I'm also blogging about that. Oh yeah and I do MMA, training up at Advanced Fighting Systems in Mahwah, NJ.

My email is p_dellorto at yahoo

* I know from a friend this is a common geek claim, to have read them very young. Well, I did. I won't make any great claims about understanding them all. I thought they were mostly boring, I skipped the poems and songs, and The Two Towers dragged so much I don't remember it except as "The book were Frodo and Sam walk around starving and meet Ents." This may have colored my opinion of them in the long run - 9 is a bit young to get Tolkein . . . it was clearly above my level. Nonetheless I did get through them and I liked the battles a lot (although not as much as the Battle of Three Armies in The Hobbit).

Here is a list of the books I've written or co-written.

I also co-wrote an article with Sean Punch for Pyramid #3/03:

Our article, Deathball, is available free. So check it out if you like post-apocalyptic death sports. And who doesn't?

I wrote two articles for Pyramid #3/50: one on Power-Ups for Assassins and another on evil snowmen.

I wrote Horde Ninja for Dungeon Fantasy for Pyramid #3/70

I have also playtested a number of GURPS books - too many for me to count - and I have written a lot of articles for Pyramid magazine - although mostly in its earlier, 3rd edition GURPS days. 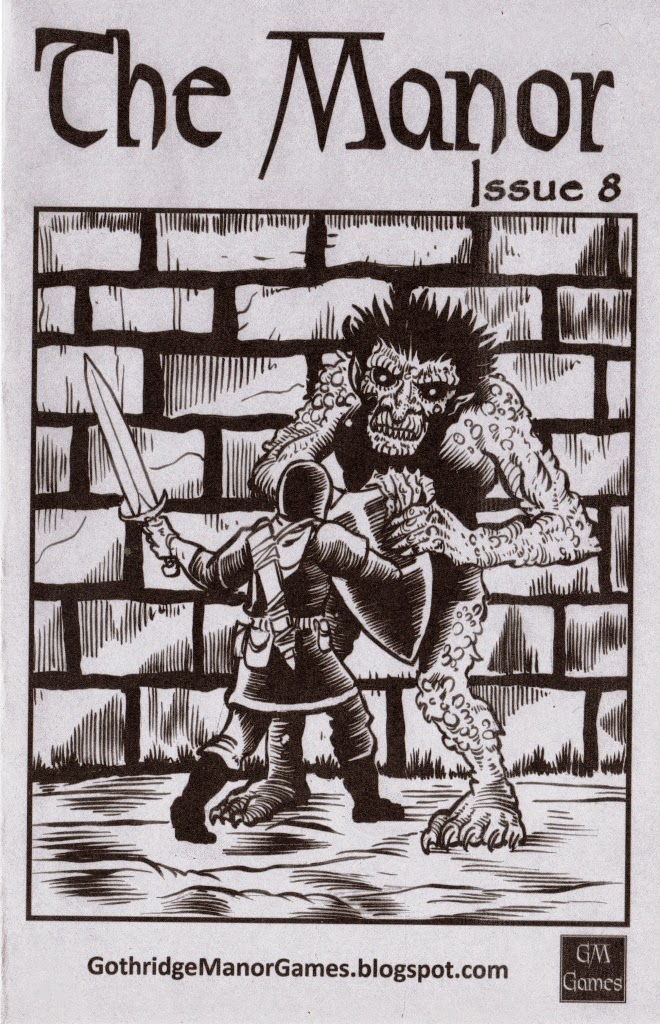 Finally I'm part of the Building a Better GM PDF, with an article entitled "Table Rules."