Blog of Holding has recipes for every magic item in the dungeon master’s guide. Apparently Xanathar's Guide to Everything (on my wish list, but I haven't gotten it yet) has/suggests a rule that you need something special for each magic item.

This is not a new idea, but that idea combined with this list is pretty excellent. This list is really evocative, too. Needing "gloves stolen from a thief" is one of my favorites - it reminds me of how magic is crafted in the James Enge "Ambrose" books. This could make a good quest list - "A local wizard is paying top coin for otyugh eyes" is way more interesting than merely cutting horns off of random monsters and seeing if you can't sell them. 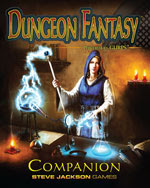 If players want to buy any of the magical items described inMagic Items, decide if you want it in the game or not. If yes, let them . . . but require them to supply the unique or special component necessary to make it. "Of course I can make you a Puissance +3 sword, if you can get me the edge of a dragon's claw or a nice chunk of mithral." Or perhaps "Sure, rechargeable greater wand of explosive fireballs? The heart of a flame lord."

You can either make a specific list of items ahead of time, or simply ad hoc make them as needed.

The mention above of the gloves was deliberate - I want to highlight that it's not always the component, but how you got it. Magic is more magical when it's not just science with "otyugh eyes" instead of "DNA from a creature with wide-spectrum low-light vision" or "elf blood" instead of "riboflavin*" - so make it so. You can't just hack a thief to death and take his gloves and use them for Gloves of Thievery (or gloves that are a Casting Item for Lockmaster and give Grace +2). They need to be stolen. You might need blood from an elf slain on the 13th day of the 13th month for your arrow of elfslaying, and figure out what day in your 12th month calendar counts as 13th of 13th in the orcish calendar to know when to draw such blood. It's not science, it's magic, and making part of the elements of some items specific in a non-scientific way is critical to making this just some generic commodity. It should make it part of the challenge. "No, I need to slay an elf tomorrow, not today - let him go, but cast Trace on his and keep it going" or "no, steal his gloves, don't borrow them or kill him and loot them."

It's a nice list that Paul created, and it's both fun to read and inspirational for DF/DFRPG.


* Critically important for time travel.
Posted by Peter D at 9:02 AM