I heard the news today that Max von Sydow passed away at age 90.

I first encountered his acting in Strange Brew, which is a) where I first encountered Bob & Doug McKenzie, and b) a movie that has an outsized influence on my sense of humor.* I later saw him in Conan the Barbarian, where the stark contrast in acting ability between him and Arnold was greatly apparent. I've watched movies simply because Max von Sydow was in them. Three Days of the Condor, Flash Gordon, The Seventh Seal . . . I kept going to talk to his character in Skyrim just to talk to Max von Sydow.

This isn't really on-topic for a blog about owlbears, dungeons, and GURPS, but too bad. He's always been one of my favorite actors. I'm glad he had such an incredible run and I'm sorry it only lasted 90 years. 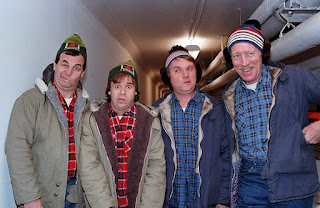 Email ThisBlogThis!Share to TwitterShare to FacebookShare to Pinterest
Labels: misc