This Dork Tower explains why my dungeon inhabitants are so active: 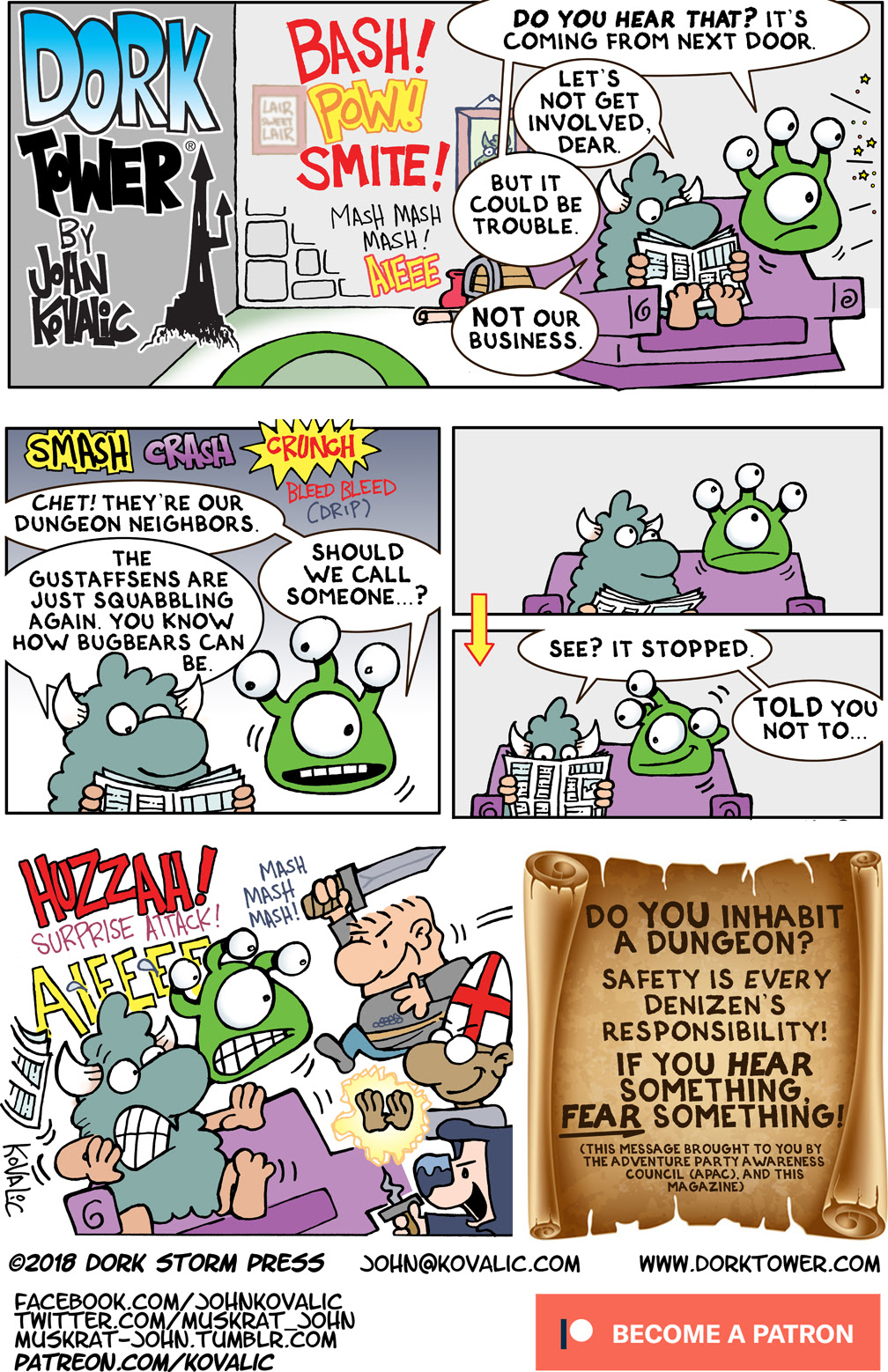 The denizens of Felltower got the word!

Monsters in my game regularly come and investigate noises, especially those of fighting and dying. There might be things to flee from, to ambush, to eat, to loot - all sorts of things. You can't really relax and let the neighbors sort it out. This is a dungeon, not a suburb!

- taking a look at the sound traveling underground rules in GURPS Underground Adventures;

- knowing the Per scores - especially for hearing! - for monsters so you can check if they're aware of what's going on;

- know the relations between the critters and their interests. They'll act or not act, and determine how they'll act, at least partly on those grounds.


And hey, some of them won't know better, and assume it's just feuding bugbears. They get what they deserve!
Posted by Peter D at 4:09 PM