I found this snapshot of the golem fight from Session 38. 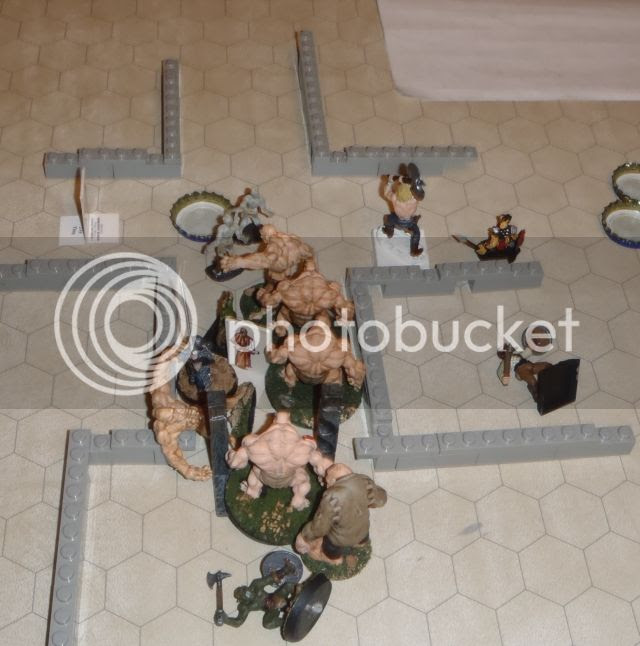 At the point of the picture, the golems are just starting to pile in while their (hidden) master maneuvers to cast spells. The inverted bottlecaps are Flaming Skulls. You can see Father Hans's mini off to the side of the battlefield, as he's represented with a corpse counter while he's unconscious so he doesn't block placement of the minis.

Two of those golems are Flesh Golem Bones, since I got dupes in my original Bones shipment. Three are two Clay Golem Bones, one a metal of the same mini. Finally, one is a cheap plastic toy from China that I slopped with paint to get a sixth flesh golem on the field.


And this is the gemstone zombie fight from yesterday's session, session 40. 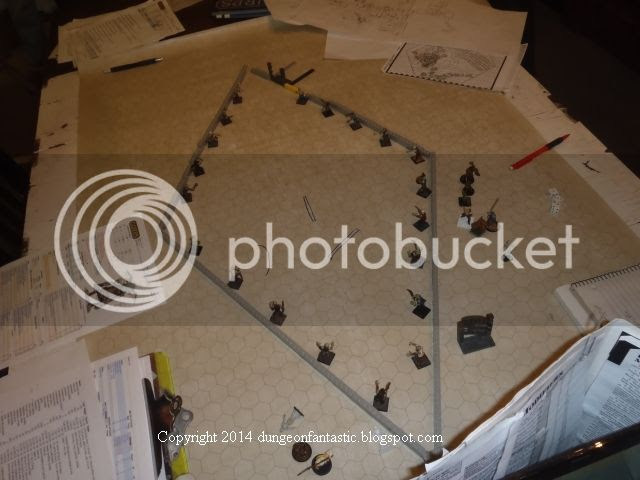 At this point, the zombies are just in their weird chamber, waiting. The PCs haven't formed up, they're still outside the J-hook descending tunnel (upper right in the picture) discussing their options.
Posted by Peter D at 2:31 PM