Clichea, or, my new game world

So, where is Felltower, the Silver River, Stericksburg, and the Cold Fens on this map? 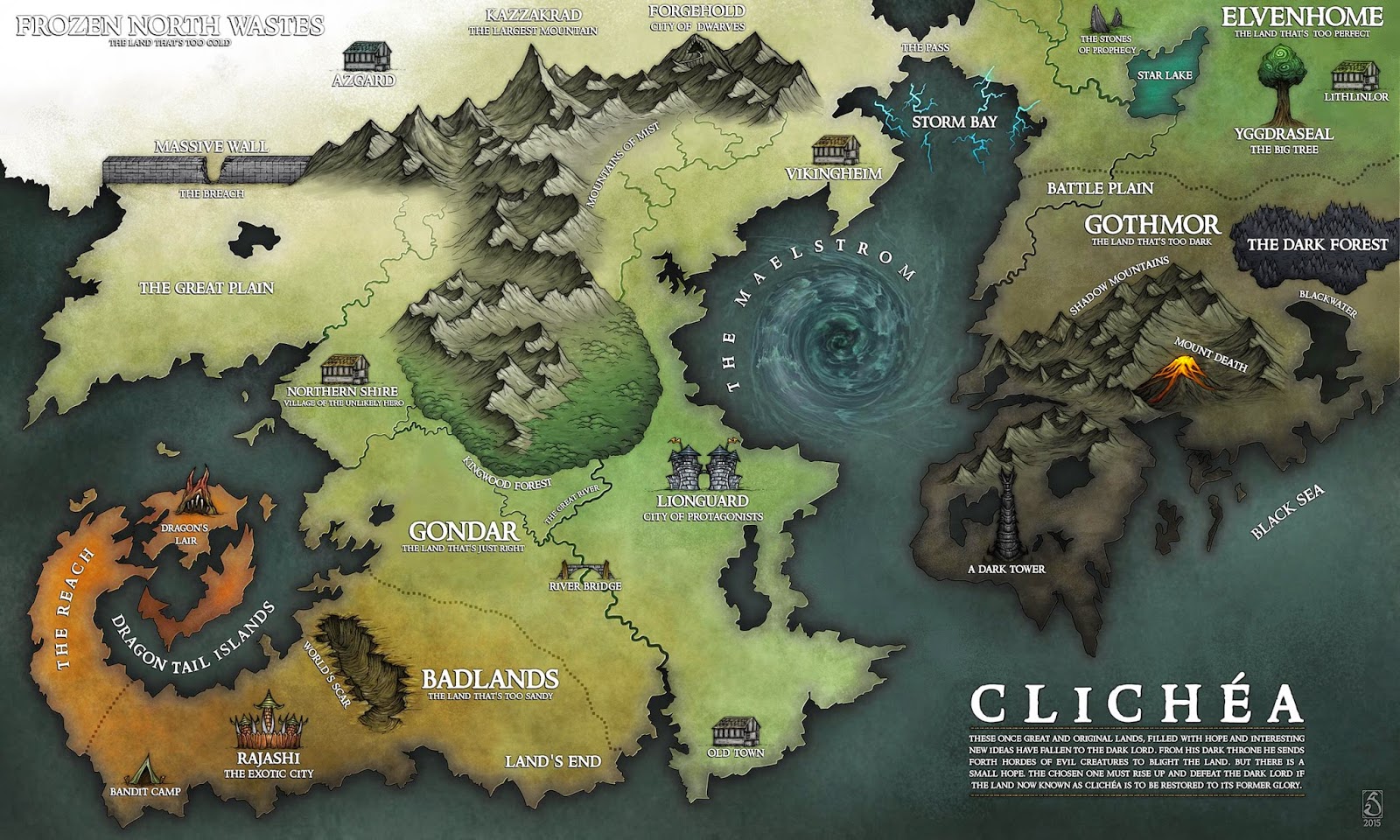 Clearly, this is an ideal DF world.

And I'm only partly kidding. Its just as good as many other fantasy worlds I've seen, and at least here you know if a cliche seems to be missing, it's just because it's not marked clearly enough on the map yet. It's out there, sure as your mother is smoothing her silks or tugging on her braids, as sure as the length of the song of the dwarf-folk who are invading your house at the behest of a wizard, and as sure as the good guys will be to send your 14-year-old self off to save the world.

These also remind me of Mark E. Roger's maps from the Samurai Cat series, which always had Delaware and The Author's House marked on it, right next to his pastiche of whatever he was satirizing in that particular story.

Thanks to Tom for sending this to me. And thanks to Ryan for making it in the first place!


Editing later: I realize this place could be very effectively re-purposed by adding a island kingdom of depraved evil elves and/or a pirate kingdom. Perhaps those preceded, and post-date, the rise and fall of the dark lord.
Posted by Peter D at 10:54 AM