I'm still working on my fluency with D&D 5th edition's character generation system. That, and exploring what I can do. I figured I'd try making a monk. If I did anything wrong, let me know in the comments.

I went with a standard array, all +1 for being human.

Background was a little tough - none of them really fit with how I'd see myself playing this guy. Well, almost none. Turns out "Acolyte" could make an interesting one. I could make this guy a religious monk. A traditionalist type, wandering the world in service to his spiritual order and kicking butt. Because that's what monks are for.

I almost went Folk Hero, and you could easily swap that in here if you want less "Caine" from Kung-Fu and more "36th Chamber of Shaolin" or the conflict from "The Tai Chi Master." I figured that was harder to do for a dungeon delving game so I chose one that doesn't insist on background conflict to keep things rolling.

I also chose hand axes for weapons, despite the fact they aren't normally an optimal choice for a ST 9 character. I had a mini picked out, after all. Lucky for me, simple weapons that aren't heavy or two-handed can use DEX for the damage bonus. I dumped the free 10 darts. I'm not going to use them.

I went with a name that sounded like what you get when you translate the names of sumo wrestlers.

Glorious Sun Fist, aka Sunshine, grew up a farmer and was sent to a local martial arts school to live full time when he was young. There he was taught the precepts of his religion before being sent into the world to spread the goals of his faith. He's very traditional and defaults to "that's how it's done" but is tolerant and friendly. He's got a soft spot for people like the family he grew up with, although he's more focused on his religion than his long-ago family connections. He sees his role as apart from but helping those in need. He prefers to demonstrate the rightness of his faith, not prosthelytize. 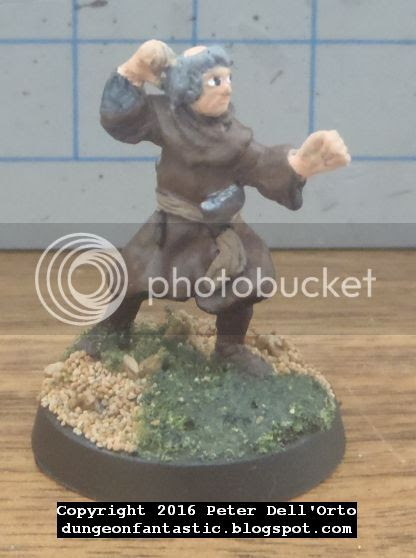 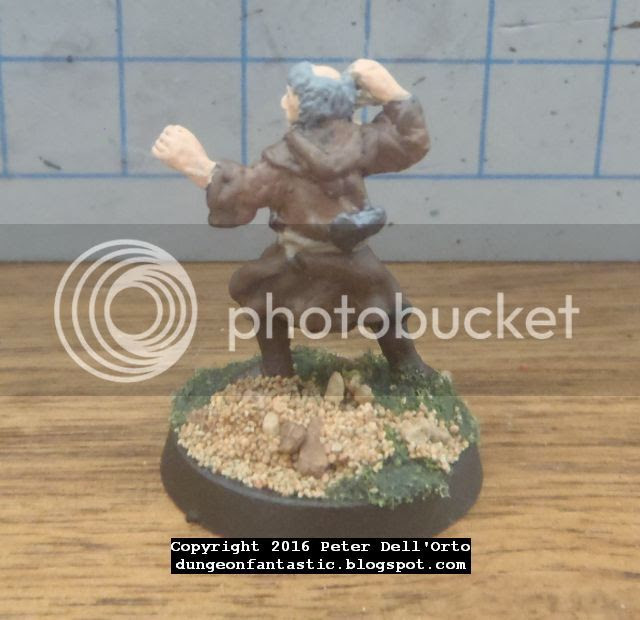