I like fighters, especially two-handed weapons. Here is a 5th edition two-handed swordsman I whipped up as part of my practice making characters for the new D&D.

His mini has kind of a short-ish two handed sword - more like a longsword - but I like the pose and the sculpt. And I want to use a greatsword. He's a very old Hundred Years War mini, probably Wargames Foundry.

Otto is a strong warrior but he's a bit foolish, having forsaken education in his youth for learning to fight. He's fairly charming, though, so for all of his errors in judgment he's not without a loyal friends. 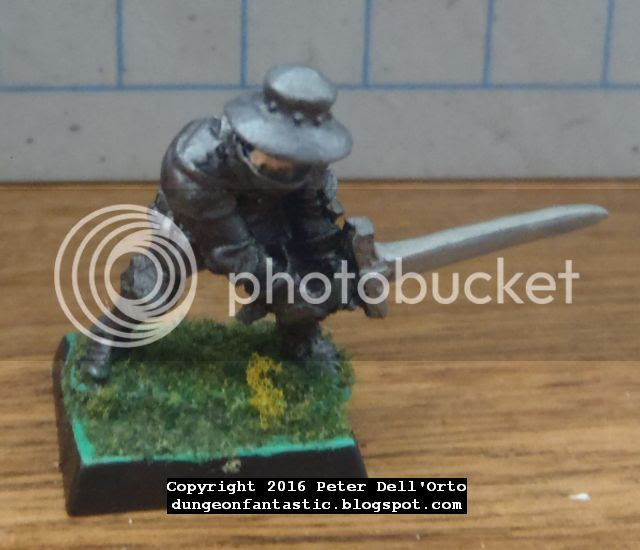 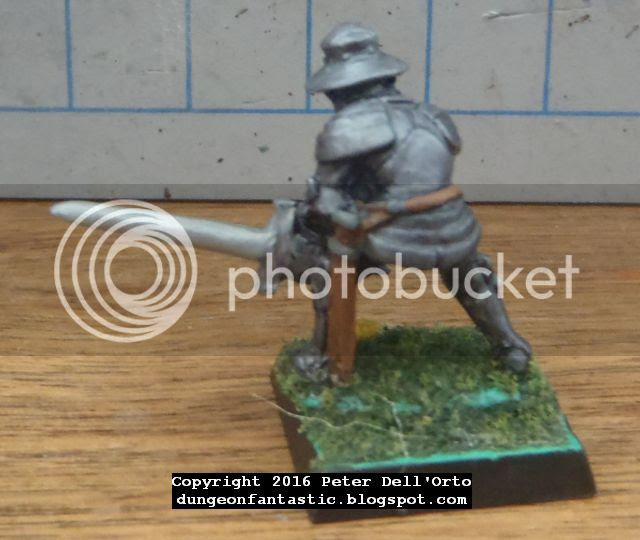