I played a lot of Pathfinder: Kingmaker yesterday. I had 3 hours of free time, and I spent them all playing the game. I fought a bunch of trolls and fought my way to the boss . . . who then pasted me so hard it wasn't funny (two highest AC, highest HP characters killed in two turns without me landing a blow.) So I realized I needed to rest and change up some spells, re-memorize the ones I'd used up, heal up HP, etc. Yes, rest in the dungeon for 8 hours upstairs from the boss, who won't move or notice that I killed off every other living thing in the place. But whatever.

I went to rest and found I couldn't - I was short on rations. Sure enough, I'm short - you can see it here: 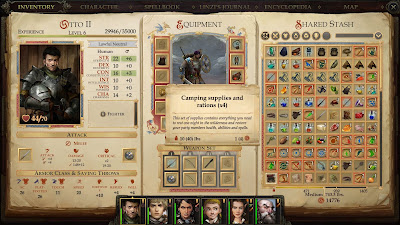 The darker one is the game I'm about to load: 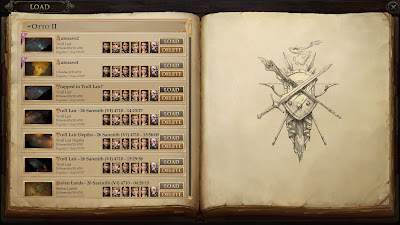 But this second save game is the same day, 3 hours earlier, just before entering the wilderness location where this all happened: 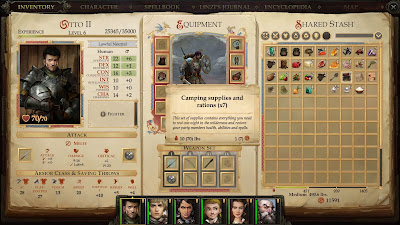 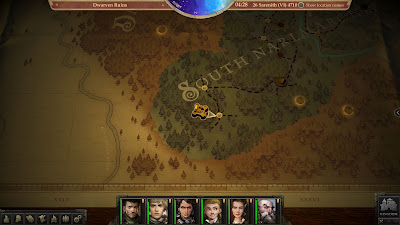 These save games are 3 hours of game time apart; I didn't rest in between at all. Even if I had, how did I go from 7 rations to 3? Resting in the dungeon would cost 4.

Is there some in-game ration cost for time indoors or in ruins/dungeons? Are my guys nibbling on them? I sure as hell didn't drop them . . . and an earlier save game (not pictured) has me with 4, not 3 . . . so some rule, or bug, is devouring them.

So now I'm stuck - I need to fight my way out of the dungeon, through multiple fights at point blank with no breaks between, so I can escape to some area and hopefully rest, so I can come back in and finish the dungeon. I'm not looking forward to that. Nor to abandoning this mission, restoring from a save game, getting extra rations, and then coming back in and trying it all over again.

Does anyone know - is this a rule or a bug?

It's very disappointing. All of that work - it was fun, yes, but it took real time - is probably gone as I try this again . . . and I'm nervous that it will happen again. I'll ditch my quest and get more rations if necessary and then come in . . . but this shouldn't be - or should it, and I'm just suffering from a lack of a manual explaining that delvers get the munchies in dungeon combat and eat up camping supplies?