So I did break down and get Darklands from a GOG sale. I'd mentioned I was looking at it. 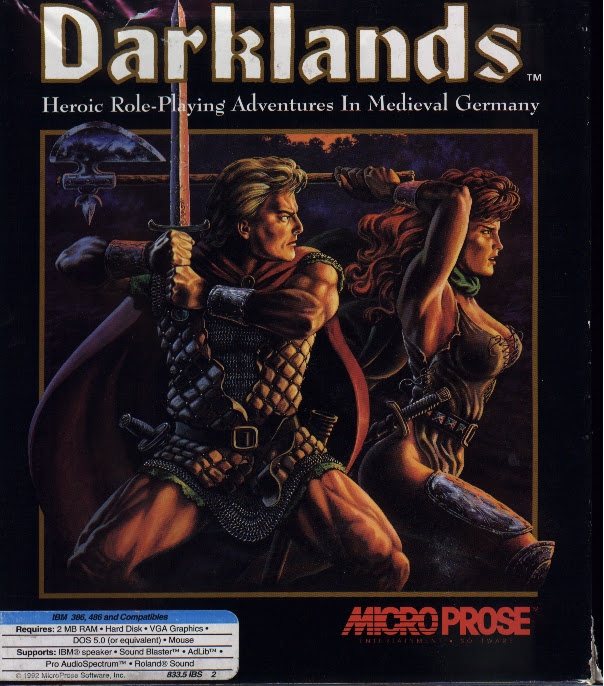 I played around with a bit between busy times. So far:

- I've only played with the pre-gens. Why struggle with chargen if I can just wander around and see what the game is like first? This might be the only time I've done this seriously. Usually the pregens are just awful.

- the combat system is a little clunky, but not terrible.

- I really need to sit down and read the book.

It's fun, though, and it's clunky but not terrible. Makes me feel like I'm playing a bloody version of King's Quest.
Posted by Peter D at 1:38 PM