An lo, there came a time when I returned at long last to Zamora and prowled the streets of Shadizar . . .

Way back in the 90s, I played the game "Conan: The Cimmerian" to not much short of completion.

I got stuck at some point, as did my friend Tom. He got unstuck, and explained what to do . . . but I never came back to the game. I suspect I must have lost the disk, or overwrote the save game somehow, or something like that.

But I have had an itch to play it to the end here and there.

Something reminded me of it.

I checked and found it on myabandonware.com. 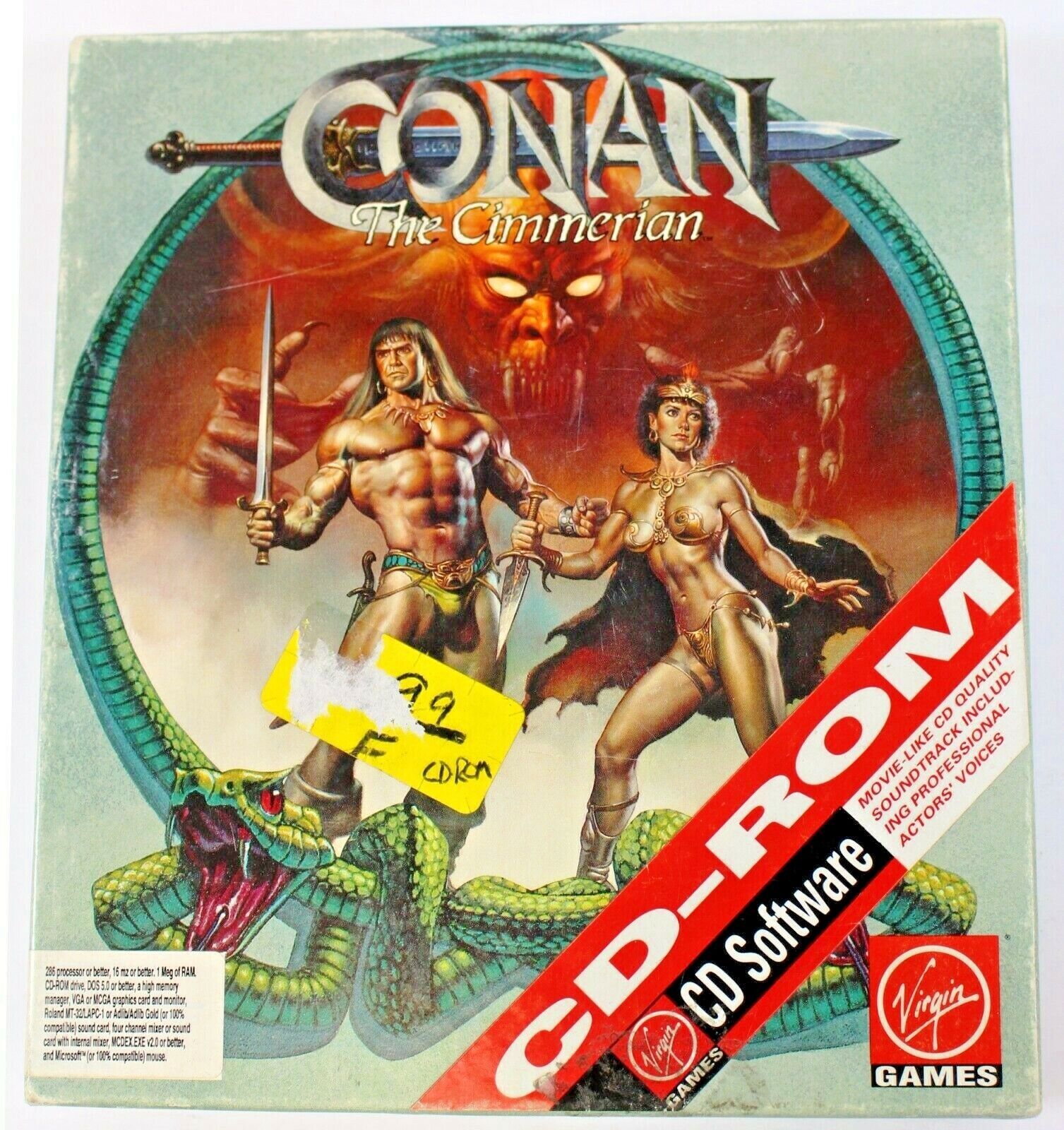 I finally put some effort into figuring out how to configure DOSBox, did so, and got it to run.

But in any case, now I can run around Shadizar, stealing stuff, fighting people, and using teleport scrolls (two out of three for Conan accuracy there) as I try to get revenge on Toth-Amon for killing Conan's scantily-clad wife in the opening game sequence. It's more like an adventure game than a CRPG, but it's enough of the latter to keep me interested. I'll fool around with it and maybe, eventually, I'll deal with that one annoying foe and finish the game out.

Sadly, this time, I didn't get a glitched economy where one shop sells rope for 8 bezants and another buys it for 10. Oh, that was sweet. I'll earn my money the hard way, I guess.
Posted by Peter D at 5:18 PM