We did my Show & Tell today with my minis. It was a bigger hit than I'd expected. We ended up spending almost 20 minutes on them. The kids got really into it, and they wanted to touch all of the minis. They were extremely careful with them, holding them the same way I did (by the edge of the base).

I showed them some of my brushes (my old Series 7, not the new one, just in case), some of the paints (I brought some Apple Barrel Colors and Vallejo), and some blister-packed and half-finished minis so they can see how they start, progress, and then end.

The other teacher got some pictures, I'll try to get a copy tomorrow, although I'll need to redact the kid's images.

- they loved my otyugh. Yes, he came out really well. All of them touched his teeth to see how they felt.

- they also really like my orc boar rider, which is a kitbash of an orc from an old Reaper set, a Savage Orc Boar Boyz boar, and a weapon swap from a scimitar to an axe from a Reaper Weapon Pack. He was last to return to the box.

- they were amazed by the eyes. I explained how I do it - a dot of white, and then a little whisker of black down, giving the illusion of a real eyeball. It's not hard, just delicate, but they liked how it looked and were amazed I could do it.
The visored viking I have impressed them, although it's not any harder to do eyes behind a visor. If you can see the eyes, they're just as easy to paint - for me anyway.

- they arranged all of the figures in height order, with monsters on the side. Then they put them in some other order I didn't quite get.

It was amazing how excited they got. They really showed me why I like minis - they're imagination sparking. They're tactile and interesting. They're fun. I could have explained RPGs to them, but I probably made vastly more of an impact putting down an otyugh and a ninja and a hook-handed pirate and a knight than I would explaining how you could fight the former with any of the latter in your imagination.


As I headed out, one kid says "Goodbye figures. See you."


Edit - pictures after the cut!


I did my best to obliterate the faces and school logos in these pictures; if I missed one please let me know and I'll remove it. I just wanted to include the kids so it's clear where I was. 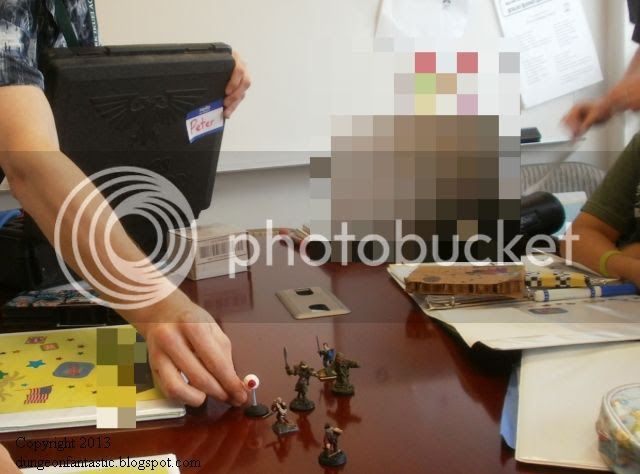 Yes, that's a DIY Eye of Death from DFM1. I made them back when I first used that monster against my gamers. That's me in my second-least appalling Hawaiian shirt. 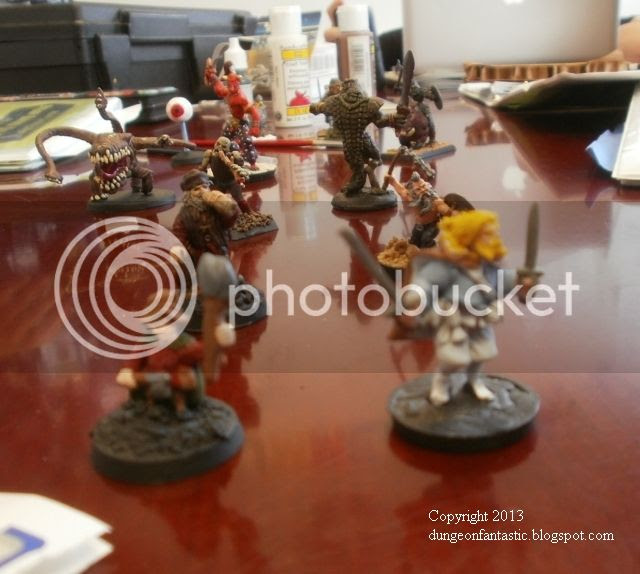 Visible includes the otyugh, then halfling torchbearer (unfinished), potion drinker - both from Grenadier's Hirelings, a Warhammer zombie gnawing on a hand, a (Reaper?) Ifrit, the viking (see below), then a foundry Elizabethan adventurer, Chainmail dwarf with flail, Reaper Lizard Man Tyrant (facing away), kitbash mounted orc/warboar, and you can barely see a roughly 30 year old TSR shambling mound.

Two close ups. First, one of my Vikings. Sorry, I don't know the manufacturer, but I'd like to know (I long since forgot.) This is the guy who impressed them with the eyes. 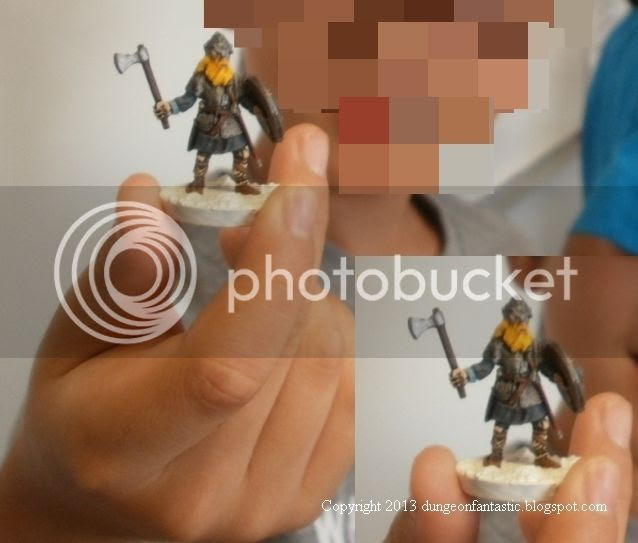 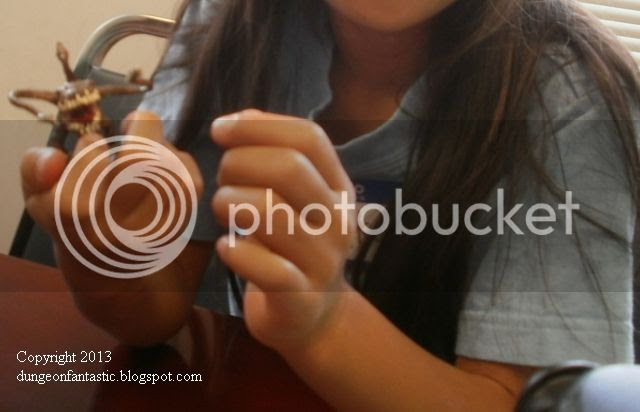 PS - The GURPS News has been updated. With the Ogre out of the way, the GURPS stuff should start flowing more rapidly again!
Posted by Peter D at 5:38 PM