I just got this: 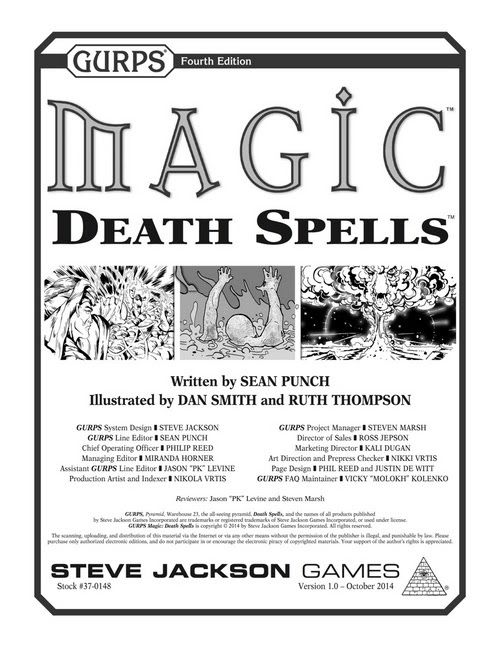 I haven't finished reading it yet, but so far, it's very good.

- at least one death spell for every college in GURPS Magic (yes, death spells for the Animal College, Healing College, and Protection and Warning College too!) This includes some really nasty, save-or-die kind of effects. They aren't cheap to cast, tough to learn, and VH, but if they work, the target is dead. Often with nasty side effects, too.

- plenty of color for spells.

I'm green lighting a number of these for my DF game, and I'll make them unknown spells the players can track down. After all, I used to allow the Annihilation spell, so this isn't much of a jump.

I might even allow cleric to take death spells, although it might be a good idea to restrict that to Excommunicated targets.
Posted by Peter D at 10:04 AM