Miniatures are about visual impact

Miniatures are all about the visual impact.

Let me say that again.

Miniatures are all about the visual impact.

Without an appropriate visual impact, a mini isn't worth anything.

The Ogre minis are a case in point - 1/285 scale is about 6 mm. We play with 28mm minis. While an Ogre can still be deadly against a giant human, who cares? That's only interesting if the Ogre is normal size and the 28mm mini is a "giant human" in some giants-vs.-ogres scenario. 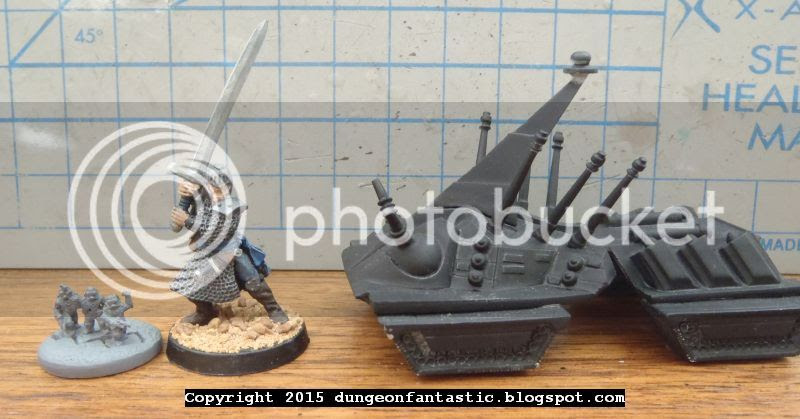 As the GM, you can make anything deadly. I could put down a penny, call it the Disk of Copper Death, and give it stats to match. It'll impress the players with its lethality, but the mini won't impress anyone. We'll have nothing but "if I hit Lincoln in the eye, does the DoCD take x4 damage?" jokes. 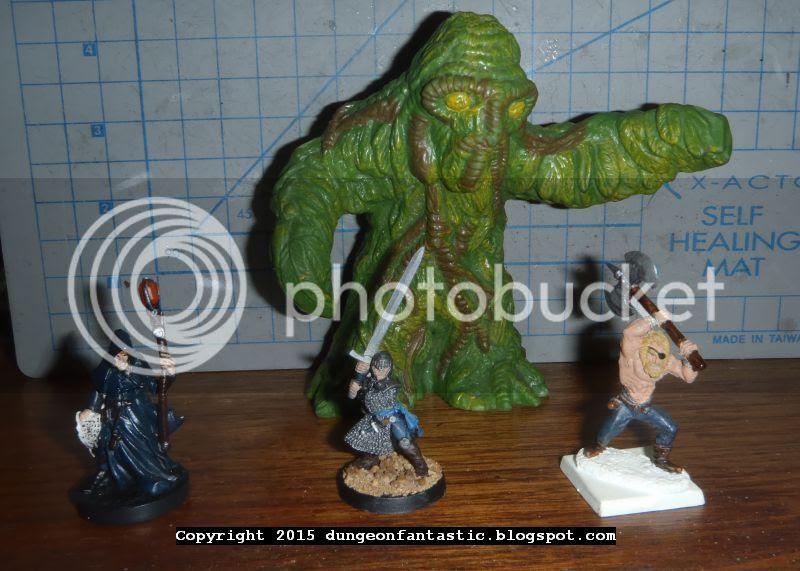 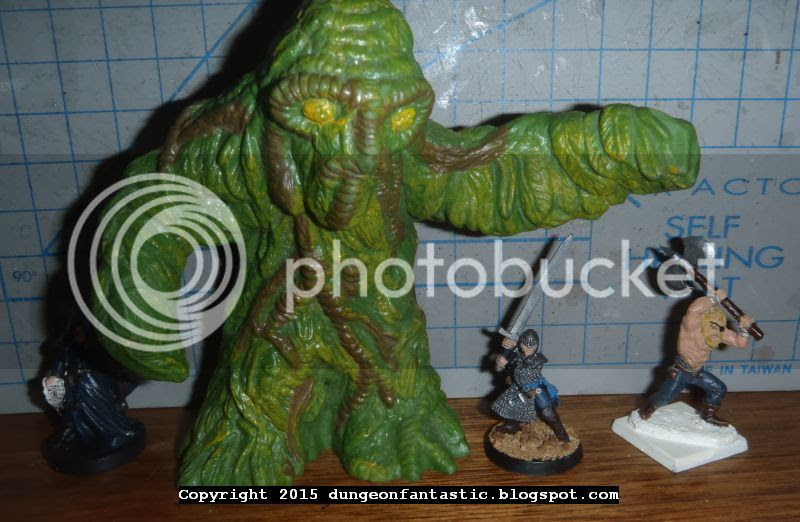 That's why I'm more likely to bust out this LJN action figures as a giant than to use a 1/285 Ogre and give it SATNUCs that can kill everyone. It's visually more impressive to use the action figure, and visually impressive is the whole point.

As another example, I use Pathfinder goblin minis as Doomchildren (from DF2.) They're both cool looking and they pack an in-game punch. I could use that punch with anything, but tying them to visually attractive minis that happen to fit pretty well with the description makes for a better game. It makes them more fun on the battlemap, more interesting in play, and makes the minis more fun to paint.

Ultimately that's what drives me using minis - the benefits of tactical combat are nice, but you don't need minis for that. Tokens of any kind would do. The minis are there for their visual impact.

And that's what a shambling mound beats an Ogre. One is "We're all going to die!" and the other is "but it's still lethal for it's size, I swear it!"
Posted by Peter D at 11:14 AM