So how will the DFRPG affect GURPS Felltower? 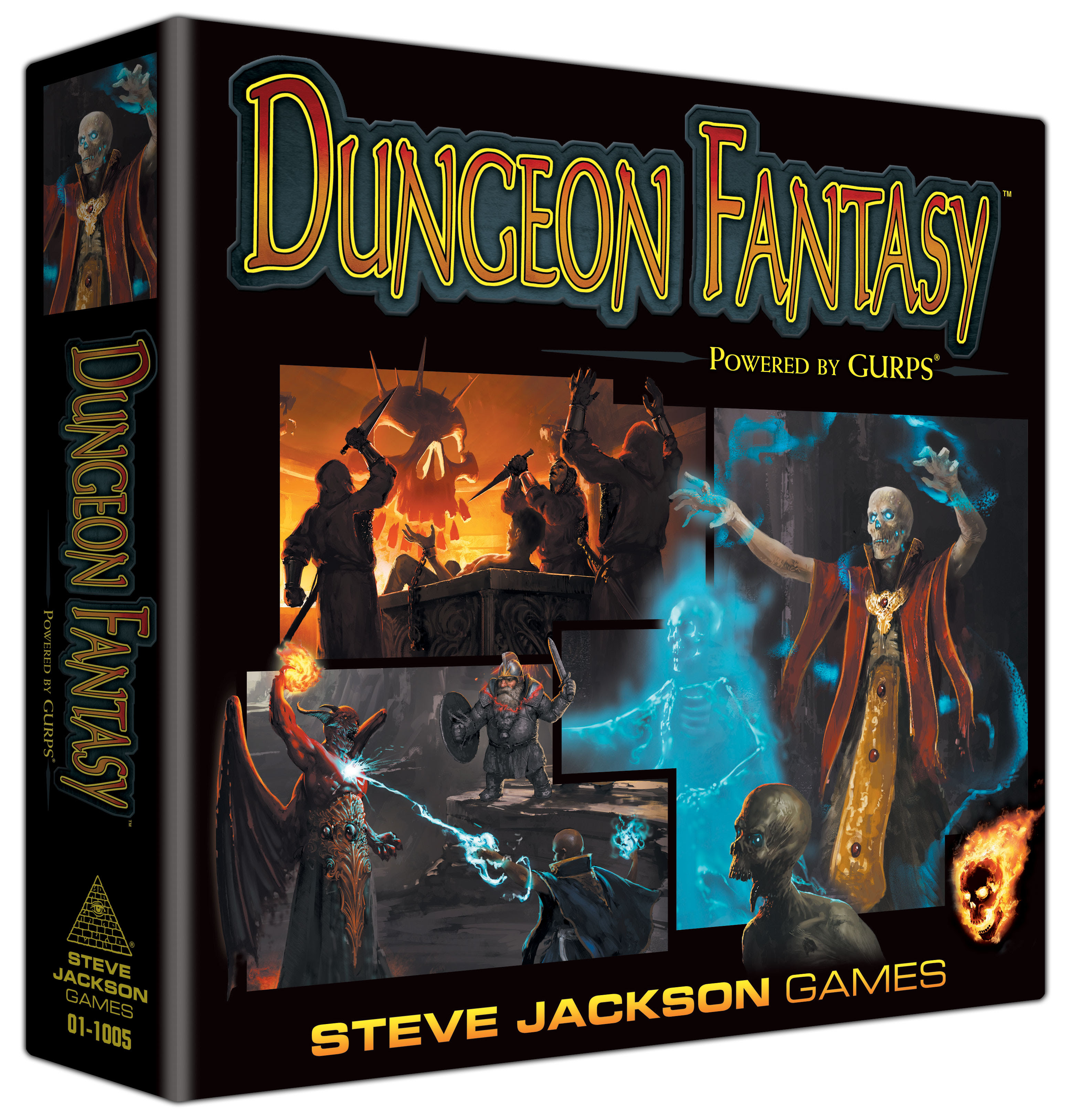 Armor is a very tricky topic.

I had players ask if we'd be using the new armor rules.

The problem is that as written, the rules don't cover SM +1. That's easy enough - apply the rules from DF1 for that. But they also make SM -1 the same as SM 0. Okay, fine for our goblin thief. But we've got a SM -2 halfling. Not only that, but he's optimized around a customized layered set of Faerie-made Dwarven Plate to get himself as much DR as possible. He's got a lot (I want to say DR 8 or 9) and it weighs practically nothing thanks to his size.

If we use the rules from the DFRPG, we need to:

- make up rules for SM -2 that work with the SM -1 ruling (no effect on armor cost/weight) where the original rules make SM -1 armor lighter and thinner.

- port over the rules for Faerie Gear.

- deal with "don't nerf my guy" issues from the player affected.

So in other words, we may not be able to use the armor rules because we've got an existing character who adds complexity to them and who will be negatively affected by using them.

Bummer, because I like them just fine and once GCA files get made, it would be easier to just use them straight-up.

It may be possible to grandfather in the existing suits, but then we still need rules for new suits of SM -2 armor. I'll see if I can either come up with some I like, or someone else does.

As an aside, I had one player ask to use them simply because armor is more expensive, so therefore any orcs killed will have better loot potential. I was pretty disappointed by this as a reason. It feels meta-gamey in a bad way, like asking for sword prices to be increased because PCs buy them so infrequently but sell them as loot frequently.

Nevermind it wouldn't likely be true - I'd simply deploy more orc minis with mostly non-metal armor if armor was expensive (no generic orc warriors with $4000 in armor, just because that armor used to be $400). Plus, I'd be more likely to simply use the stats I wrote down already instead of revising them to give the orcs less encumbrance from armor, different armor to reflect a more logical cost structure (again, they don't suddenly became richer in gear despite the logic of the gameworld because the game rules changed the value), etc. I'd just use them as-written, with as-written value of the gear. They'd have crude, heavy mail and notably light leather armor. Must be magic or orc manufacturing techniques or something. You can see this as me not wanting to hand out loot, or being stingy, or vindictive even . . . but it's a combination of laziness and a strong dislike of "I voted against this because I don't want the bad guys to be able to do it!" The latter is almost never true.* I don't let players take deadly eye beams, but that doesn't mean Eyes of Death don't have them.

Weapons are as listed in this book. We use them that way anyway.

Races are still limited to the ones I normally use.

Power-Ups available on the base template here will be available on a starting guy from other books as well; ones not listed but which are in DF11, Denizens, etc. are available as usual (in other words, case-by-case but mostly yes.)

This is a no-brainer. This is now our basic rules set for DF. I will add a house rules list to cover materials we've added, and a list of books that add on to this (like all of DF16, for example). So Committed Attack, Defensive Attack, Prediction Shots, Ranged Feints, normal Fright Checks (because it's funny when Vic's guys fail their rolls), no critical hit table rolls, improved parries for balanced two-handed weapons, the Close Combat technique and parrying/striking in close combat, and Technical Grappling-based grapples will go on that "list."

We've already been using some of this - the slam rules, for example, have been working in play this way since I saw the first draft of the book. I found them easy in play, enough so we could skip our house rule of always using max-move slam damage.

I will expect players to reference this, not Basic Set or GURPS Martial Arts, for in-play rules. I will expect my players to read it, too, although I'm sure that's not actually going to happen for all of them. The more that do the better the game will run.

We will use this as our basic magic book.

The problem is that we have a lot of spells in play that have been house-ruled and others not in Spells. No matter. I'll start to make a list of them and compile them. The rule will be:

Still not ideal, but we've got existing characters with existing spells I want to keep in the game.

I've had players complain about reading a spell, then I say it was house ruled, then they have to look it up, etc. My solution is this:

And as we go, I'll expand our "Spells Plus" document with existing, non-house ruled spell text as well. Eventually we should end up with just two documents - Spells, and an Everything Else document.

In any case, the players will need to look at and read the basic rules for spells (pages 1-14, and the back cover.) They will also need to read their spells in this book, and in the house rules, to ensure they know what they do "now." In most cases it's not different (and in some cases, the new rules match our house rules, like how See Secrets works) but you need to make sure.

We've already been using these. They are the law of the land in my DF game, with exceptions made for pre-existing items. No permanent items off the list in Adventurers is available for purchase. Consumables listed in Adventurers are generally available, as are spellstones and scrolls in the usual way.

All of these monsters will be added to the mix. Where I have existing monster stats I like better - my orcs, some of my dragons, my gargoyles, etc. - I will use those. Where I like them both I'll use them both in some fashion (different dragon types, different breeds of ogres, whatever.)

I expect my players will read these, which is fine. I ran AD&D for years with guys with the monster stats memorized. It's useful but doesn't help you hit them any more often.

The other books don't require any comments. They'll be used as needed, as written.


* I once had a game where they players strongly rejected some advantages and spells because "we don't want them used against us." I used them against the players anyway - the vote was, should PCs have access to ____, not should ____ exist in the game world. Just because you can't be a demonic weapon master with telepotation doesn't mean there are no demons, weapon masters, or teleport abilities. In DF, especially, the logic is escalating threat with escalating loot against escalating PC power; trying to adjust rules to nerf the threat is explicitly running counter to the logic of the game itself.
Posted by Peter D at 8:16 AM