Because I didn't buy and paint eight ape minis just for one fight against carnivorous dungeon apes.

If I based them again, I'd use a smaller (washer) base so they'd fit better on my battle map. They're very stable, though, on the big bases.

That cruddy flock has to go, too - half of it is gone, and that's despite being cemented to the bases via a dip in watery glue.

They're all Reaper apes, by Jason Wiebe. Three - the crouching ones - I had to special order from their back catalog. The others I mostly bought in stores or online. One, I converted by hacking off his bone club (so he'd stand out as different). Another, I gave a silver back and a scarred left eye. He's the leader if I ever need to designate a leader. 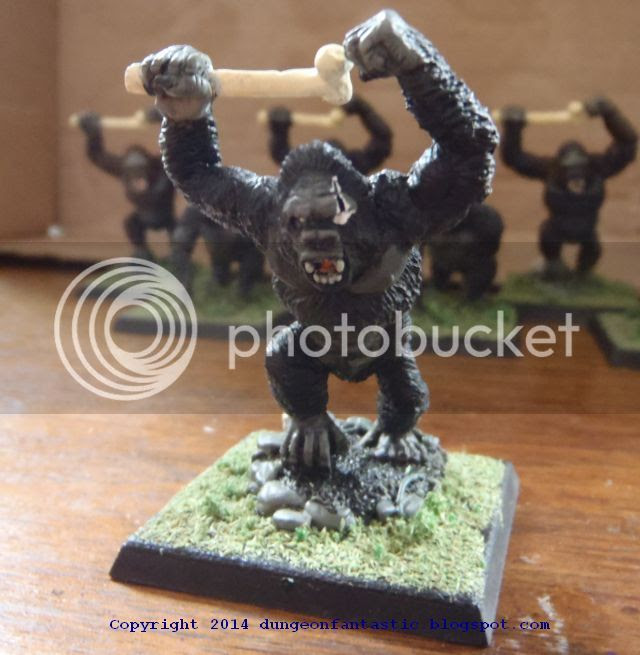 And yes, there are more ape-demons and dire apes in my DF game. There is an in-game explanation, but the out-of-game explanation is that I like collecting and painting killer ape minis.
Posted by Peter D at 12:18 PM