I have two fully intact copies of the AD&D Adventure Log. I owned one other which I took apart to use in play in various campaigns.

I must have read every single detail of the sample log a hundred times at least. I still quote "Fred 9802 talked back to Odin -- and lived!" on occasion.

It's not a sample of actual play, of course. It barely makes sense as that. But it's fun to look at in any case. 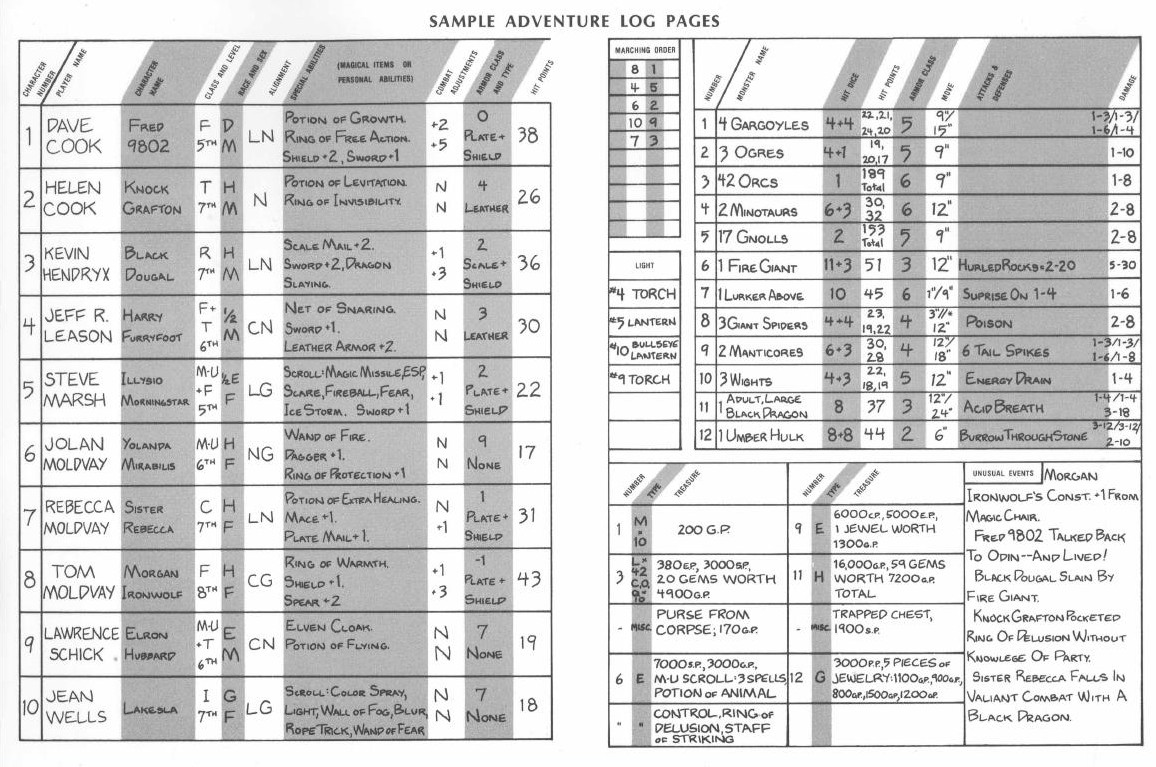 And the are so many oddities on this.

- Who wrote this? It looks like Jeff Dee's lettering.

- one cleric (who died, heh) out of 10 PCs, yet three thieves. Come on, guys, I know it's hard because AD&D limited multi-class clerics so badly it was pure cleric or purely bad choice, but you can see how you need two here.

- Black Dougal, dead once again. His purpose is to die in the example, I see.

- 5th through 8th level characters, including three Magic-Users and on Cleric but no Continual Light spells or light noted from magic swords (which are fairly plentiful in the group.)

- All of the multi-class characters have the same level in both classes - no one is at one of those fairly frequent points where one class is above the other.

- I don't think I ever saw a Net of Snaring in play outside of this sheet.

Still so fun to look at, for me. All of that implied play and weirdness. And that 37 HP dragon.
Posted by Peter D at 10:52 AM

Email ThisBlogThis!Share to TwitterShare to FacebookShare to Pinterest
Labels: AD&D