Cardboard Heroes of my monsters!

Check out this update to the Dungeon Fantasy Role-Playing Game Kickstarter yesterday: 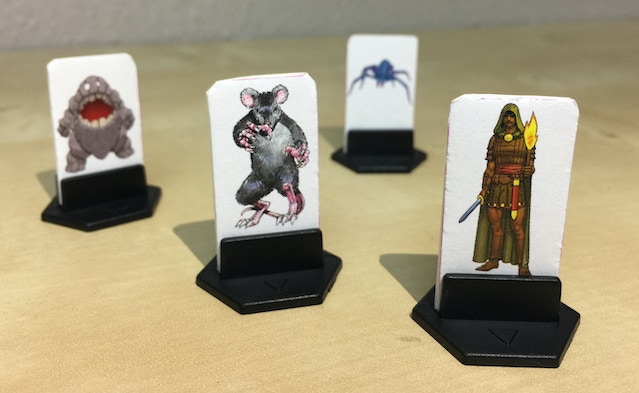 That guy on the left appears to be a rock mite. I originally made up the rock mites for Dungeon Fantasy Monsters 1 for use in my own games. Now, there is an official Cardboard Hero for them, illustrated by Denis Loubet.

How cool is that?

I know you guys who make your own books and hire your own artists have a similar feeling. But it's really something else to go from "I need some kind of rock monster to annoy my players" to "and a game company is making playing pieces with that monster on it" with just some writing in between there. I didn't pull out my wallet and make this happen, and I really didn't let it sink in that:

- I wrote monsters for my own games and then got them published for GURPS DF;

- those monsters made the boxed set;

- the boxed set would include Cardboard Heroes;

- therefore monsters I wrote for my own games would have Cardboard Heroes.
Posted by Peter D at 9:17 AM