One of my players (he runs Wyatt) put this together: 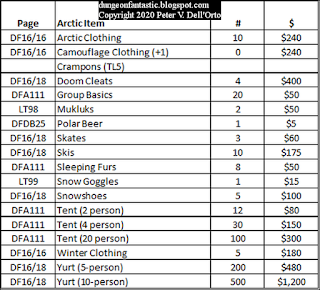 The blank spot for crampons/foot spikes is on the assumption that "doom cleats" are some cinematic upgrade and "normal" crampons should be available. They are not. GURPS High-Tech says they are TL5. They are rules-identical to doom cleats. I may allow a jury-rigged approach of spiked books, but it, too, will be a permanent change to boots and be expensive.

So the PCs are equipping up for the "Arctic Gate."

- Yes, even with Armor Mastery you suffer a -1 DX from wearing Arctic Clothing over your armor. No, you cannot wear it underneath your armor.

- Cold will affect exposed gear. You can put your potion belt and delver's webbing on the outside . . . but it may suffer from the cold. It will be cold. The rooms near the gate are frozen. In GMing terms, we call this a hint!

- Arctic clothing does not include mukluks. Clothing sets never include any protective footwear. They probably include socks, but not external footwear.

- No one asked, but my cousin would if he was currently playing - Riding (Tauntaun) is not a learnable skill . . . in Stericksburg. 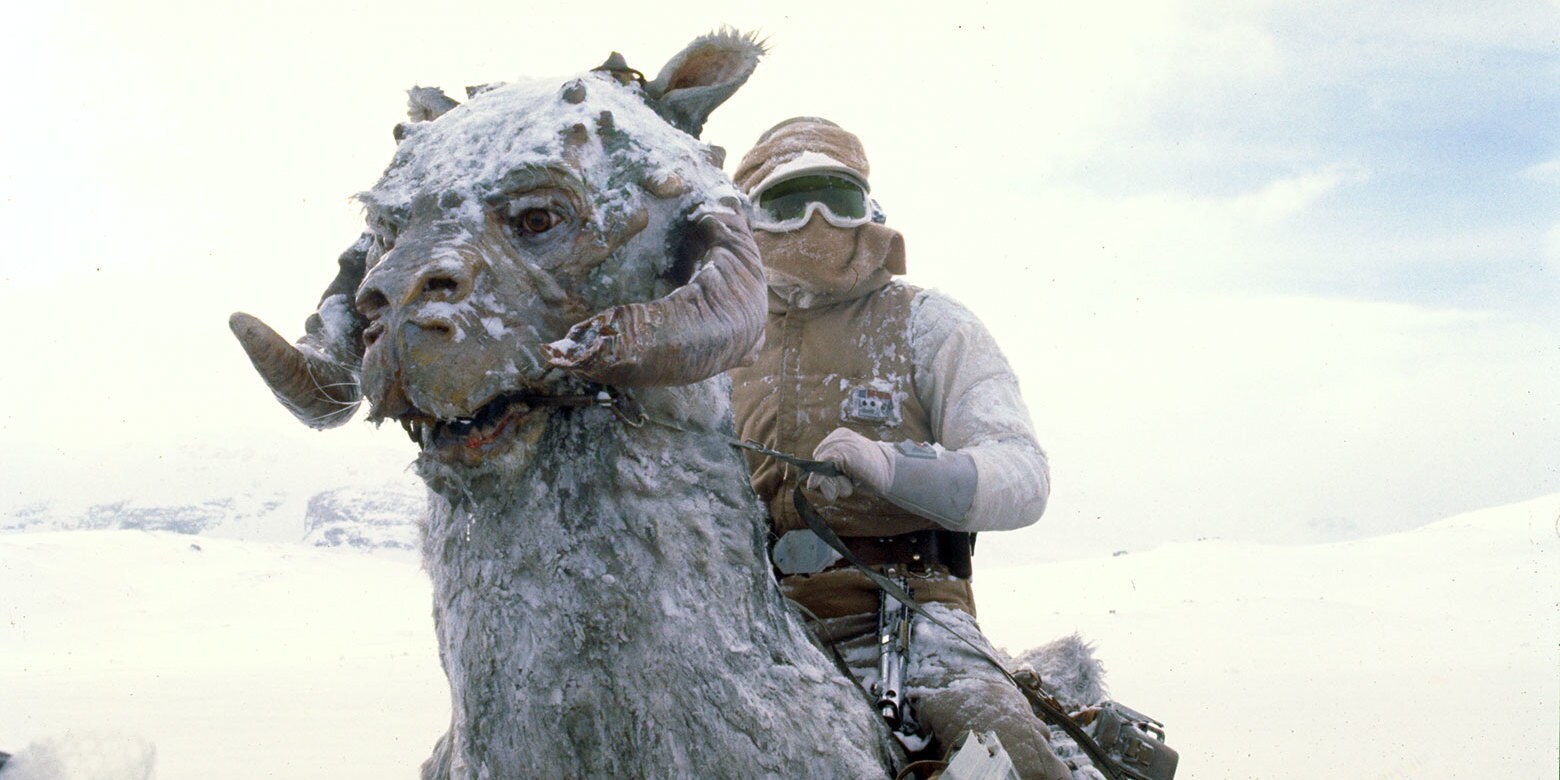 Hopefully someone springs for Survival (Arctic). Galen has a solid default, but I require IQ-based rolls to figure stuff out and sometimes you can't use gear or claim benefits without at least a level in the skill. From a game design perspective, I wonder if defaults of types like this works better as 1-point perks or techniques off a basic "Survival" skill? That's a post on its own.
Posted by Peter D at 7:46 PM