Can I run an Evil character? And the myths of Evil

In DF Felltower, PCs can be evil.

With the exception of one wizard, no one has really been evil - and he was evil to people outside of the PCs, only, which is generally a good call in a cooperative game.

I've been asked by some of my players about running evil characters. A few of them would really like to play evil characters, without the rest of the group running non-evil characters who basically stop them from acting as they'd like.

In most campaigns, I just say flat-out no. You can be good, or you can be neutral, but not evil. In a shades-of-grey world, you can be ruthless and harsh but you can't be a genuinely evil person.

I have my own thoughts on evil, too.

But if you do want to run an evil character with me as the GM . . .

DF Felltower is that game.

But in general, they haven't taken me up on the offer.

The group has mostly gone a different route - not necessarily good, but definitely religious. Players wanting to run Assassins, Unholy Warriors, and Evil Clerics are just out of luck with the rest of the group. People can still make them, but they'd really need a wholly seperate group of delvers to hang out with. There are a few characters who might travel with either group, but it'll be hard to explain why the Cleric of the Good God is totally fine with your amoral character borrowing the MacGuffin to bring along on a delve with an Unholy Warrior and an Evil Cleric to try to solve solve some condundrum in the dungeon.

Despite all of that, you can run an evil character in my game . . . and get the rest of the players to join in . . . and it hasn't really happened yet.

I think it's a combination of factors:

I think the idea that Evil is Good plus Cool is a pervasive myth.* My games do not support that idea. In fact, my games categorically treat this as a false assumption.

A number of players have asked to be Unholy Warriors and Evil Clerics. They're on the allowed list. I'd let them go through with it.

They always drop it when they find out that Evil Clerics don't get healing spells, and Unholy Warriors can't expect to get bonuses to fight demons or get Resurrection in town. It's a symptom of this myth - that evil gets everything good does, plus cool stuff. It's the idea that good is restrictive, evil is freedom. Good limits your options, evil allows all options. Good has to be constructive only, but Evil can be constructive or destructive, depending on what works for evil at the moment.

Regardless of how you feel about the realism of this . . . the game doesn't support this idea. There is a tradeoff if you chose the powers of evil over the power of good. You lose out on the ability to be truly constructive and helpful for the improved ability to inflict harm.

Evil is essentially selfish. The "freedom" that evil gives you is the freedom to act in your interest even when it's not in the interest of society or your fellows. You might do that anyway, if you perceive it to be more beneficial. It's not from a moral compass or a sense of right or justice but of benefit.

If evil is helping you, it's because evil benefits.

Nothing evil does is "no strings attached." Why would it be? Attaching strings benefits the giver. Evil looks for self-benefits. Evil might help help you, but it's only because helping you is perceived to be the best way to help the evil person giving you the help.

Evil doesn't have friends, evil has co-conspirators. Good guys don't betray their allies. Bad guys do it all the time - you can't easily betray your enemies. You can't rat out your enemies unless they're also your co-conspirators . . . and those are likely other evil guys.

You and your fellow PCs may choose a Sense of Duty to each other, despite also being demon-worshipping evil types in the service of sin. But absolutely none of the "Truly Evil" powers on "your side" took it. They don't know the meaning of feeling that way, although they may recognize it and use it against you. Bad guys don't take your Dependents hostage because they value theirs, they do it because they know a weakness when they see it.
Evil types will, eventually, betray you. They'll choose their benefit over you somewhere between "sometimes" and "always." As soon as it's the good move, they'll take it. 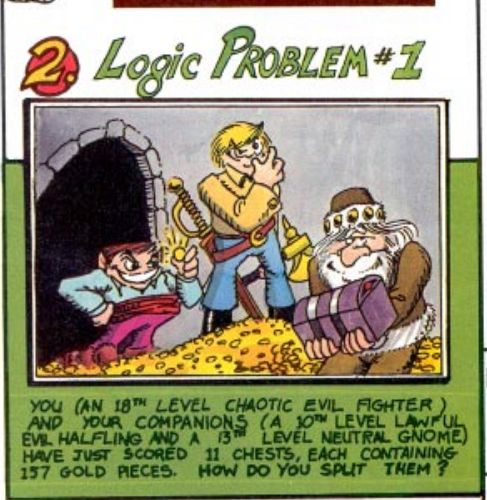 (The answer is at the bottom**)


It is better to be feared, than loved.
The of-quoted maxim of Machiavelli fits evil to a "T." While it's best to be loved and feared, it's hard to pull that off. Evil goes right for fear. You're less likely to cross, betray, or otherwise work against someone you flat-out fear.

All of that makes it hard to have an "evil" party without there being a hierarchy of fear . . . where you stay loyal to those above you because it's been made clear you will pay for betrayal in spades. Don't expect this to be reciprocal - your fearsome leaders will spend you like bullets if it benefits them. And you'd do it, too, if you were where they are.

A personal squick factor helps keep people from running truly evil PCs, too. Most players who want to be "evil" just want to be scary badasses. They want to not take prisoners and shoot first and otherwise be dangerous, and be free from social repercussions for acting that way. But they don't want to act out really unpleasant things - torture, say, or abuse of children, or things like that. I'm discouraging of such actions anyway. True evil isn't going to shy away from those torture/abuse/mass murder/etc. actions if it's of benefit - especially the demon-and-devil worshipping kind in fantasy games.


* To a degree, Star Wars is guilty of perpetuating this - although it's otherwise a great example of how Good works together and Evil depends on fear to keep order. You see the Sith lords (cool name, right? Do good Jedi get a cool title? No) dressed in snappy outfits, using force lightning, force choking people, hurling items at their foes to knock them over, halting bolts of energy in flight. Good Jedi . . . mind tricks, mostly, and some jumping and leaping and parrying blaster fire. They win in the end but just don't look as cool doing it.

** "One chop with the sword should do it for the halfling; gnomes, however, are a little tougher and usually require an axe."
Posted by Peter D at 9:01 AM