Our GM put this up: 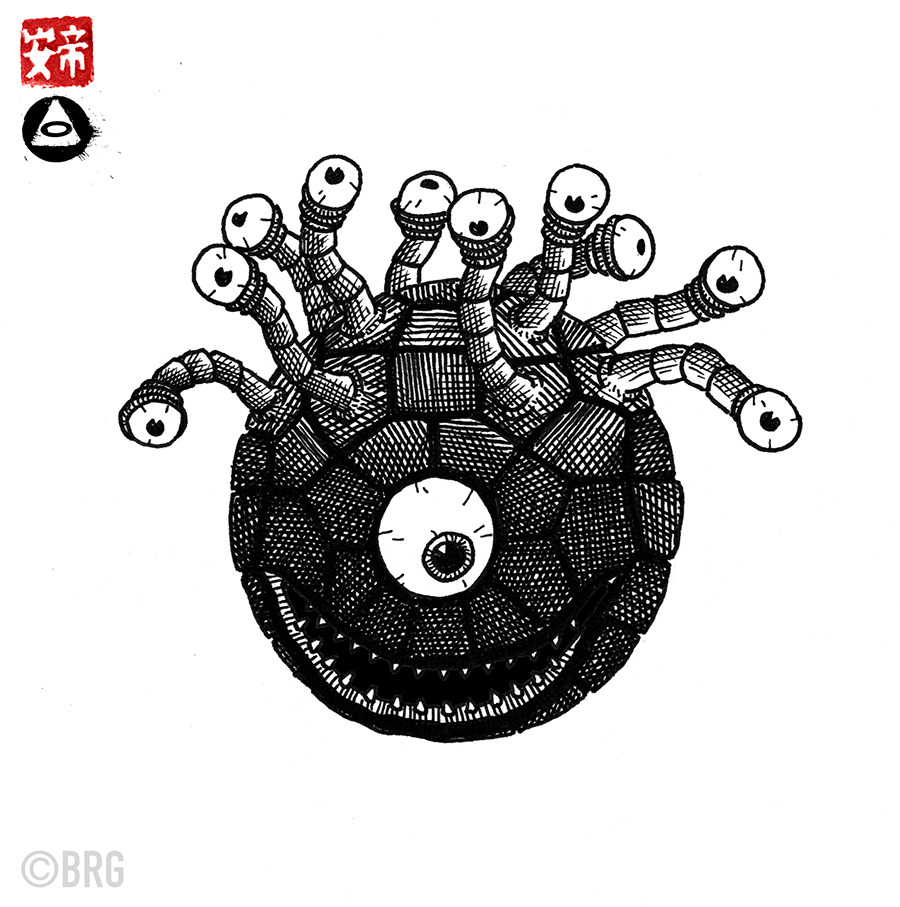 If you scan my Beholder tag you’ll find a bunch of fun things, such as playing off AD&D Beholder abilities and recasting them in Gamma World terms, or complaining that my GURPS Dungeon Fantasy cleric died at the hands of a Beholder on his very first adventure. (I spent four times as much time Photoshopping his character portrait as I did playing him.)

The players in my Tomorrow Men game probably suspect there’s a Beholder somewhere in their corner of Gamma Terra, given how I go on about them. But Midden is a big place; he could be anywhere.

Yeah, we'll need to stock up on Beholder-killing rounds. Or just torc grenade it.