War in the East - Tigers

I basically have the game won at this point except for mopping up (okay, there is hellacious resistance around Maikop and Krasnodar and I'm getting beaten away from Voroshilovsk), but I was very pleased to see these guys pop up: 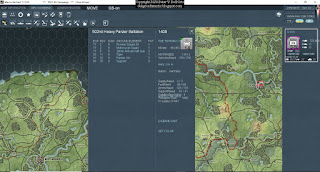 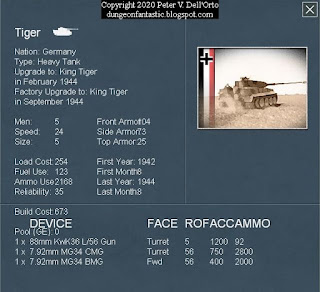 2 squads of pioneers, 2 squads of motorcycle troops, 5 AA guns, 22 Panzer IIIn (the ones with the short barrelled 75mm/L24 gun originally used on the Panzer IV) . . . and 11 Tigers! The TOE calls for 20 of them but the factories rolled out 11 total as of last turn, so that's enough to deploy the unit. Put 20 tigers on the field, along with supporting guns and AFVs calls for 799 men total. Logistics is a bitch.

These guys will go right to the 11th Army fighting to keep Maikop and Krasnodar and take Voroshilovsk . . .

And yes, it does say they "Upgrade" to Tiger IIs. The factory changes over, and then units with Tiger Is should replace them with Tigers IIs. It's not a literal upgrade.
Posted by Peter D at 7:32 PM