You want some more money? 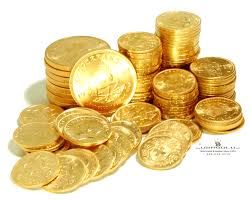 But your GM moans about all those die rolls?

How about making it one die roll each for the players and the GM?

Batch Haggling: Instead of haggling for each item, a PC can try to get a blanket better deal for all wares sold on this trip to town (excluding items just purchased in town - it's for selling loot, not running a trading enterprise.) Roll a Quick Contest of Merchant vs. a generic skill of 15. If the PC wins, he's gotten a good deal, he gets a price halfway between that of his current wealth level and the next wealth level. If he ties, he gets no special deals. If he fails, he gets halfway between his current wealth level and the next lower wealth level. Since this represents a series of negotiations and not a since instance, you cannot use Luck on the roll. Once the price has been established, that is the "going rate" for that item in town, even if it is sold later - once you commit to batch haggling for a group of items, you're taking a risk you might get less than the standard rate for the items. You can always exclude some items, but you can't break up the items into groups and roll separately for them, unless different PCs are selling them.

For example, someone with Average Wealth gets 40% for non-coin, non-jewel goods. If he wins the batch contest, he gets 50% instead this trip. If he loses, he gets 30% for his items.

This is risky but can be very effective for high-skilled PCs, or those who need a lot or money right now or none at all.

Black Market haggling can be handled the same way, with the usual consequences for failure and the usual options for going to a merchant, instead.

How does this work out in actual play? - If my players are willing to take the risk, we'll find out!
Posted by Peter D at 8:09 AM