Black Tree Design extended their holiday sale, so I picked up some stuff I was waffling about from my first order.

First and foremost on that list was a Dalek Patrol going for 20% off. Six Daleks plus a Heavy Weapons Dalek, which AFAIK was first seen in the Sylvester McCoy/7th Doctor era. I didn't really A) need a Heavy Weapons Dalek, or B) Seven Daleks, or indeed C) need any Daleks, so you can see how I couldn't resist a package deal that included 7 Daleks for the price of slightly more than 6. When you're buying minis just to have them, buy a set.

Here they are, as yet in pieces. 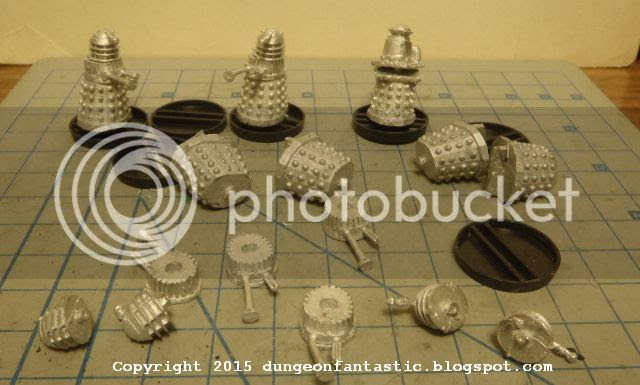 They're pretty small, in that even Dryst's mini would come up to the disruptor and plunger on these guys. But nonetheless they are extremely cool. They've got the details right and after some careful prep work I see no reason they shouldn't paint up well. It's just a question of color - grey, black, or white and gold? Probably grey, I always liked that scheme for Daleks. 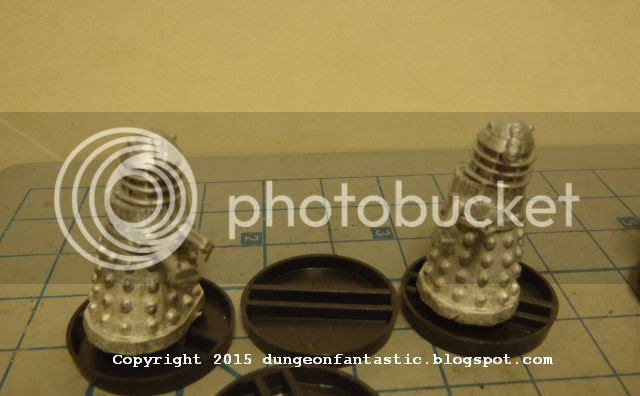 It's unlikely I'll have a gaming use for these guys, right?

I've got the FASA Doctor Who game, a needlessly overcomplicated game if I ever saw one, even compared to Space:1889 or Space Opera or Aftermath. And the only supplement I got was the Dalek set. 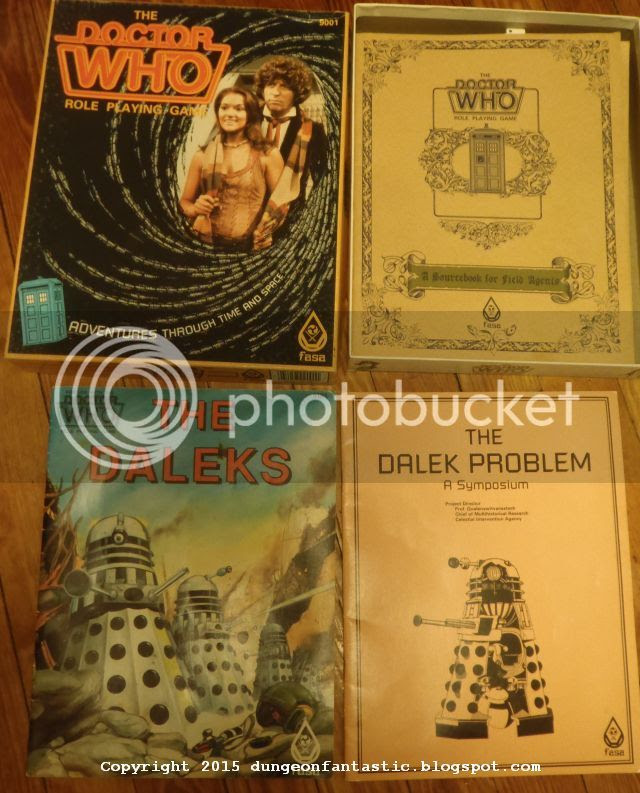 But I'm not going to run Doctor Who (heck, I don't even watch it anymore - last eps I saw were years back, re-runs broadcast while I was in Japan and watching literally anything they'd show in English on BSN.) I can't see where else I'd use them offhand.

Although, there is this Jim Holloway picture for inspiration, and at least one set of Dalek stats for a retro-clone . . . 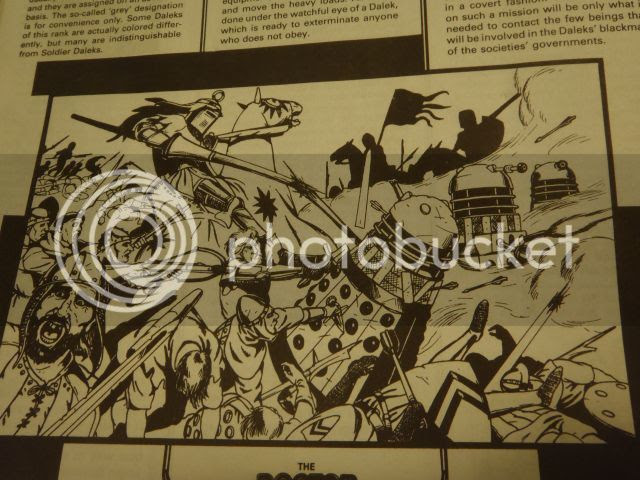 In GURPS they'd be overwhelming unless you found a way to tip them over. Or fought them around stairs, the (IMO silly looking) flying Daleks aside. I'm more of a fan of Daleks solving the "stair problem" by leveling the building or using their time corridor tech to go back and kill the inventor of stairs, not adapting to silly humanoid contrivances. They are the superior beings!

But once they're done, I'll have my own patrol ready to Seek, Locate, and EXTERMINATE!
Posted by Peter D at 10:06 AM

Email ThisBlogThis!Share to TwitterShare to FacebookShare to Pinterest
Labels: minis, other games