Geekdad on the AD&D DMG vs. 5e DMG

There is a really good look at the new DMG, though the eyes of someone who played extensively with the old, AD&D DMG. Someone who knows the subject enough to reference the Gary Gygax article in The Dragon #28 where he explains why they needed a DMG. (Short version, because D&D was too freeform and the audience turned out not to just be hardcore minis gamers but also people with no idea what the hell mini gaming was all about.) 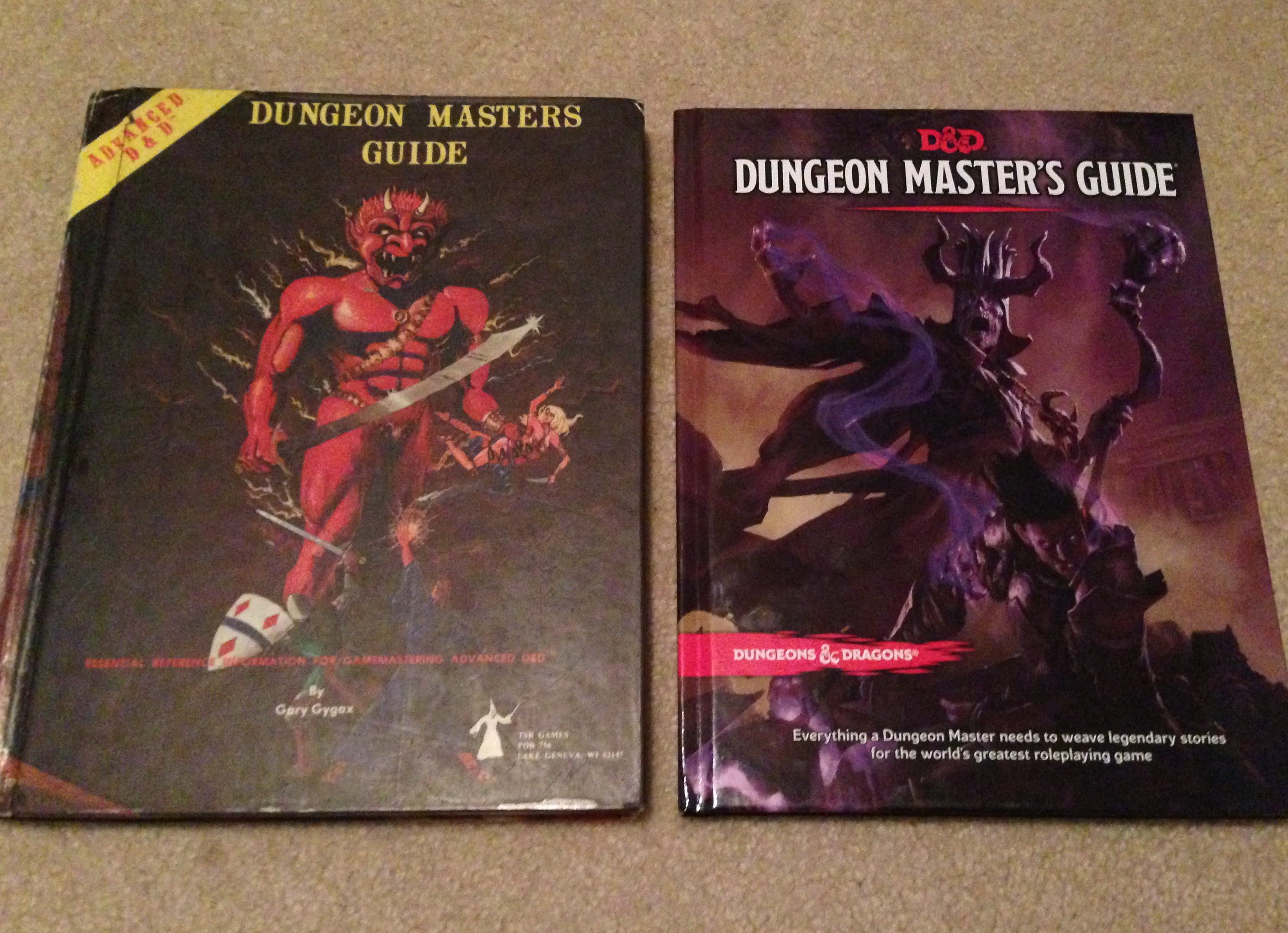 I feel the same way about the original.


It's incredibly amazing as a book. It made me want to run games. It felt like a big, thick, magical tome of awe and wonder.

But it's badly organized, full of strong admonitions against having the wrong kind of fun, subtle slams against "Monty Haul" gaming that instead read more as "don't give anything out, ever," and more.

I learned a lot of good things about gaming, and about writing, from the DMG.

I also learned a lot of bad habits (stinginess, starting with no, lack of writing organization) from it, as well.

It's a love-hate relationship. It's a stunning tome, and I've gotten the $15 worth out of it I paid (probably, my Mom paid) back in the early 80s for the thing. It's the basis of my DMG Rule.* It's good stuff. But it's also so hard to use it. It's so full of half-finished ideas, depth in areas peripheral to most games, and full of tiny, tiny little rules based on unspoken assumptions (like the helmet rule and choosing hit locations) They're thrown in, often seemingly haphazardly, and not always so well explained (such as initiative), and difficult to reference in play unless you memorize where they are.

Inspirational, but I would never organize a book that way.

Reading that review made me want to buy the new book. It's someone who feels the same way about the DMG that I do, but loves the new one. That makes me feel like I'll love the new one, too.


I'd be remiss in not mentioning Rob Conley's ongoing look at the new DMG. Lots of people have posted (usefully) about it, but I like this in-depth look.


* In which I hit players who try to abuse the rules with the DMG, spine first. Rarely needed in reality, often invoked as a threat.
Posted by Peter D at 12:23 PM