A Savage Warrior for Sunday

Why that title? Because "A Barbarian for the Weekend" wasn't alliterative enough, and sounded like a terribly patronizing article about LARPing or a Kickstarted D&D movie or something.

We've got someone running a bare-chested barbarian with an axe in my game, with a bow as his ranged weapon. So I dug into my pile of assembled and half-painted Warhammer Chaos Marauders and found one.

The head was wrong, so - SNAP! - off it came, and I put on a more suitably bare-headed head from the spares box.

I added a bow and a quiver, which are probably from a Mordheim pack or GW Empire Militia. There was a time I could get them pretty cheap, and they gave me a fantastic variety of figures. But here that box provided more weapons for the barbarian.

I have a color scheme on request - tan skin, brown pants, dark hair - but no time to paint until maybe tomorrow or tonight. I'll take him out and prime the back before it rains, too. 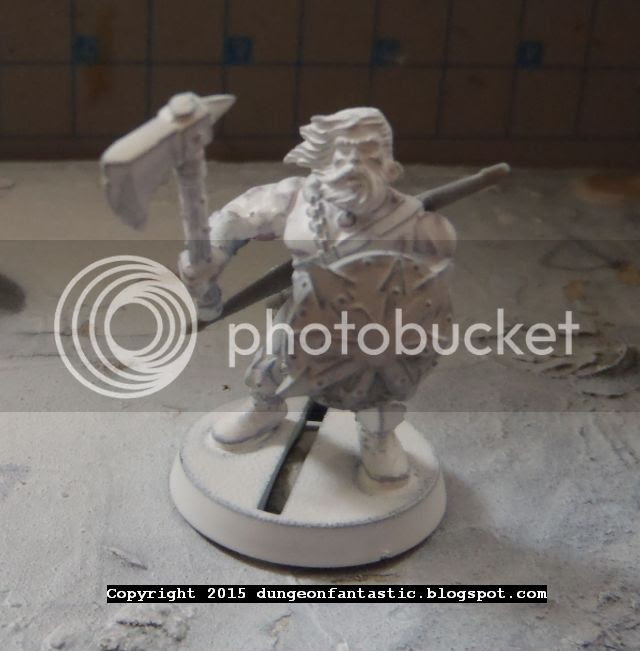 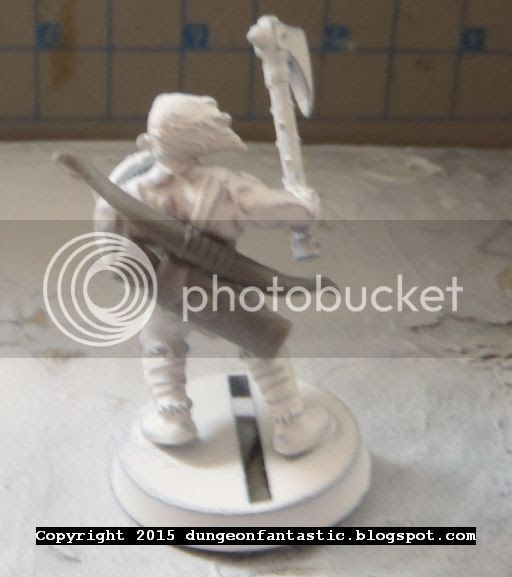 He's from the same kit I used to make Honus Honusson, too, so I've established these guys are Barbarians! and thus he fits right in.