Time for another review of a product I own and like.

Written by Jeff Grubb with Ed Greenwood
Published by TSR, 1988.

When it comes to cities, I like either maximum amounts of player-facing information and complete GM-facing detail, or basically nothing but description and vagueness settled by decisions and die rolls (mainly the former). My own Stericksburg goes the "description and vagueness" route. No map, just a rough description, and details as needed. I fill it all in as I go, with randomly chosen elements, on-the-fly yes-or-no decisions, and so on. Vornheim is also dependent on rolls and descriptions, not maps. 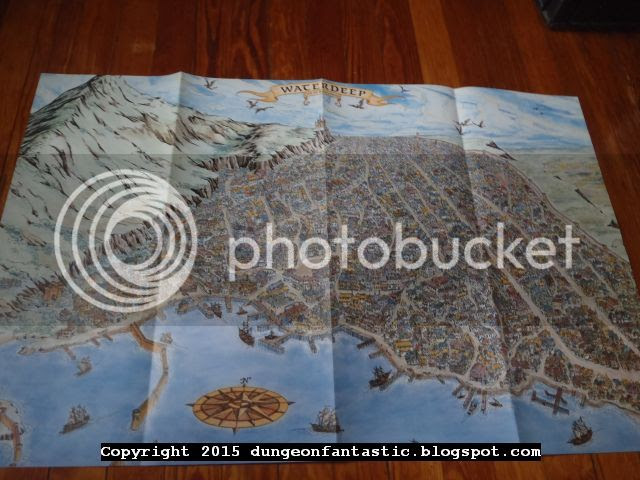 City System is quite the opposite. It is completely detailed maps - everything you'd need to locate anything on them. The zoomed-in, blown-up maps match both the picture poster and the smaller scale map from FR1 Waterdeep and the North. This is important - you don't get any confusion over what was what, or which was accurate. They match, and shifting between maps is just shifting between scale and perspective. 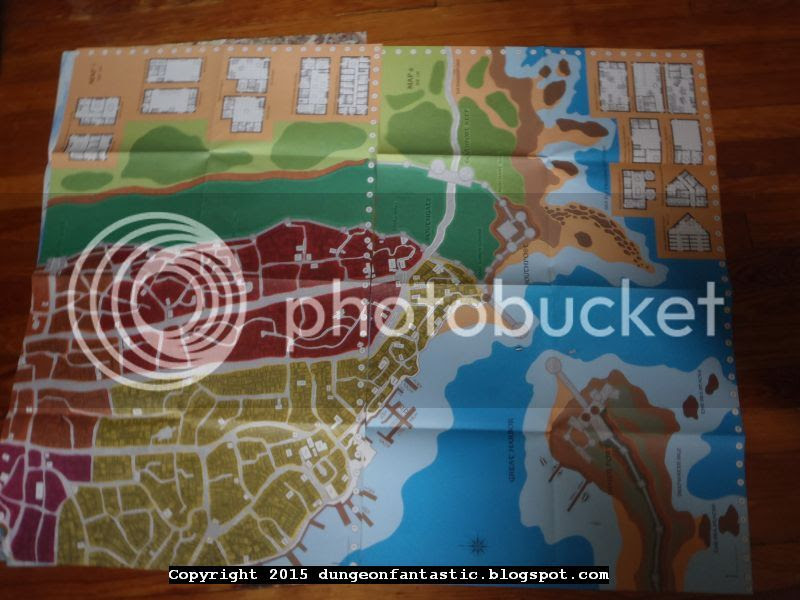 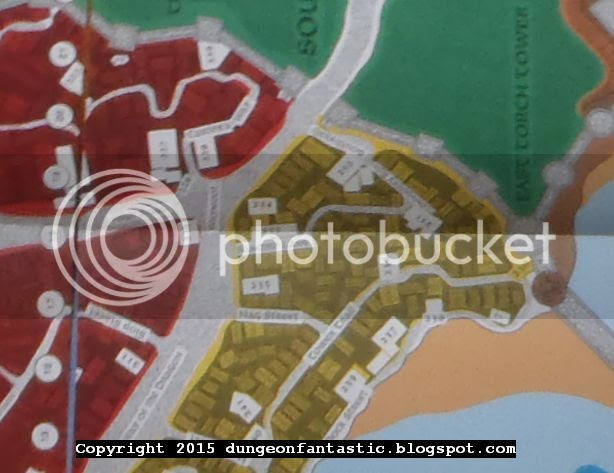 On top of that, there is nothing left up to further development ala the Lankhmar map from an earlier TSR product. The maps are done, ready to go, and attractive.

- a timeline of Waterdeep
- a writeup of the laws and rulership of Waterdeep
- a detailed legal code (crimes, punishments, how to resolve it all)
- a random system for determining what a given building is like (stories, build, condition, function) by ward
- a listing of the 282 numbered locations
- a "Guide to Services" (think of a mall map - Inns, Fences, Shops, Stables, etc. categorized and listed)
- random tables for setting street scenes
- recurrent characters/situations (adventure seeds)
- random tables for picking pockets (a long version and a short version)
- some additional NPCs (Force Grey, see below)

Out of the above, the legal system, pickpocketing, building, and random street scene populator are very useful. They've detailed enough to spin out any street scene with random characters, quickly determine what a building is like when you duck inside, and what things people have in their pockets. At the same time, they're fast to use, if you keep them handy. They are divided by ward, which goes well with the color-coded maps. It's trivial to pick a spot, roll up the buildings around the area, put down the NPCs, and be ready to go in a minute or so.

There is one especially not-good part of the book, in my opinion. I've mentioned Force Grey before, discussing Player Smackdown NPCs. City System amps up the power of the major NPCs of the area to ensure the PCs really can't get out of line. You can play there, but don't break the place. It's a big downside to using the city as written - the major NPCs aren't just potential threats and ready to act, but also have a group that can out-PC any PCs. Which makes for a lot less potential adventure for the PCs, in my experience.


How was it in actual play?

When I ran a Waterdeep-centric Forgotten Realms-based GURPS game, I made great use of City System.

You might think ten full-page poster maps of the city would be too much, but instead I found they enhanced play greatly. Players loved seeing the streets "up close." Businesses were no longer just a tiny rectangle on a map. That they were just a bigger rectangle with a roof drawn on might seem like just more of the same, well, it's like zooming all the way in on a map to take a look at the satellite shot of your house. It makes it all the more real and makes it seem all the more exciting. Not only that, but it's a player-facing map system, unlike, say, the poster maps of Undermountain. We'd put them on the table and they'd make play so, so much better. At the same time, I could easily plant my own buildings in the city - finding something that seemed to match. The rest we rolled up, and we all kind of discovered things about the city together.

Overall: If I had to run another city-based game, I'd be strongly tempted to bust out City System and go with Waterdeep and its blown-up maps. Having done both - full-out detail, and just rule-roll-describe - it would be nice to get the benefits of the full-out detailed city again. This is an excellent supplement for that.
Posted by Peter D at 2:29 PM