Here are four pictures of the fighting in yesterday's session, in chronological order.

As always, you can click on the picture to see the larger size posted over on my Photobucket.

This first one is the fight from the front angle, just after it began. Mo is already under the white pentanther. Yes, adorable bear cubs and adorable feline cubs make great minis. The happy cuteness only makes taking five 2d+2 cutting bites from each cat that much more horrible. "Owwwwwww, I mean, Awwwwwww . . . " 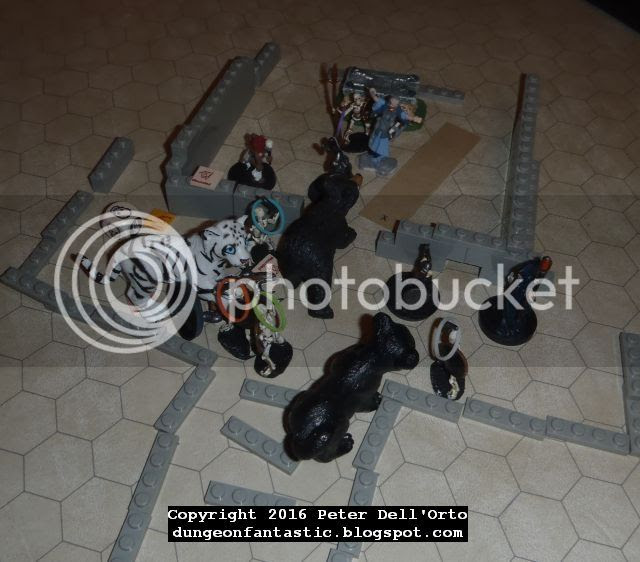 The rubber bands on the skeletons are identifiers, since Gerry has five each with different loadouts.

The altar is just a placeholder for the large stone chest. The actual chest was bigger than my usual chest minis, so I needed something that at least filled the two hexes that would be partly occupied by it. 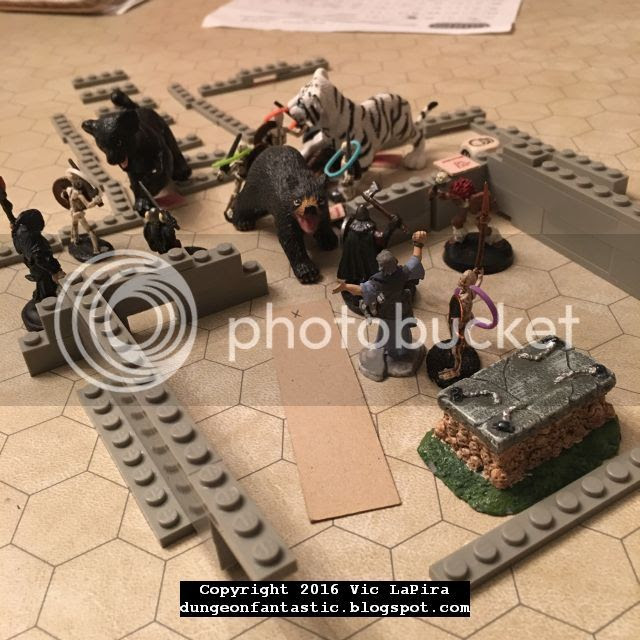 That's another early shot, from the back. 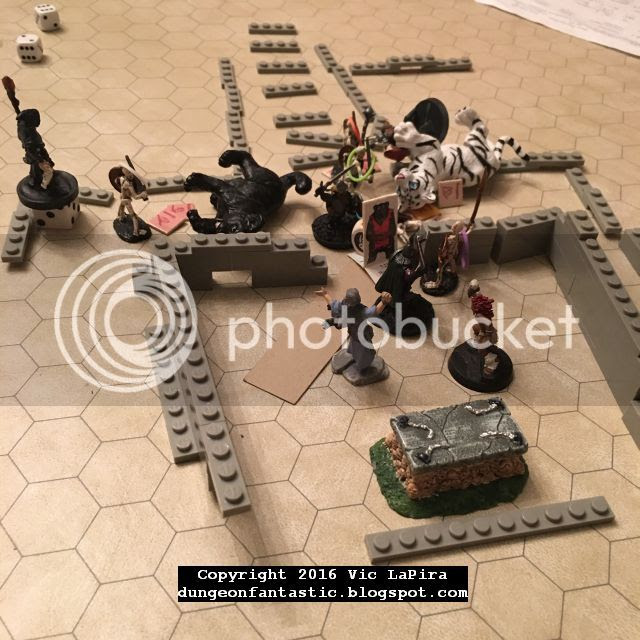 The skull spirit, Hjalmarr, and Angus move in on the now man-bear form werebear. 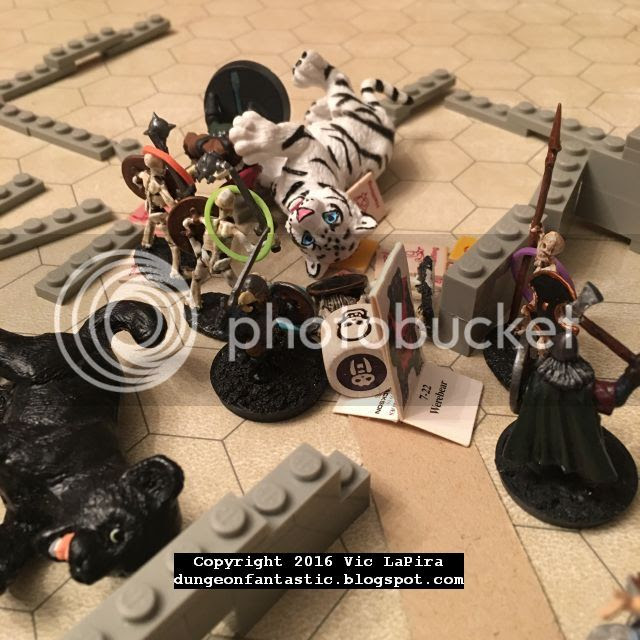 You can just see Mo struggling to move this creature off of him.

Lots of half-painted PC minis in action in these.

Thanks to Vic for taking some shots of the fight.
Posted by Peter D at 5:20 PM