Lawrence Schick & A Secret History of the Known World

My previous GURPS campaign, and one of my Rolemaster campaigns and one of my earlier AD&D games (in High School) took place in, or partly in, the Known Worlds / Mystara.

On Saturday Lawrence Schick posted a short look back on the origins of the D&D Known Worlds: 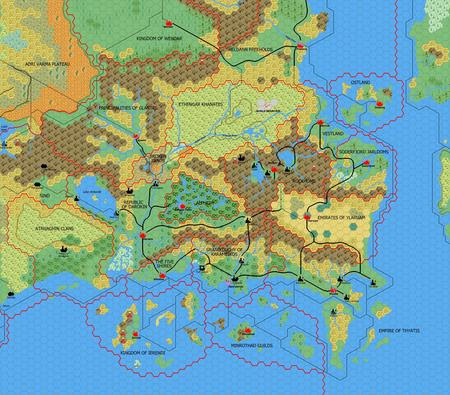 I have to say they succeeded in creating a world where a lot of adventures could fit, and that felt like it was surrounded by unexplored lands to adventure in.*

There was room for everything in it, even if some of what went in from the official supplements was truly weird (the Thar supplement) or painful (the LJN Action Figure tie-ins) or just mind-bendingly hard to accept (er, fencing in formation in Darokin?) or too cute (mage-police boats with swivel-magic missile launchers in Glantri). But especially just using the map from the Expert Set/X1, you had this great big space to adventure in that perfectly fit the rules in the box. It was break-out-and-play material, yet wide open enough to put whatever you wanted into it.

I never regretted used the Known Worlds as a play area, and I sometimes miss pinning that map up on the wall in the gaming area for the players and I to soak in no matter what else was going on.

* Although, apologies to Bruce Heard, Alphatia jarred me. It was like panning back from a small house in the countryside and revealing it's 100 feet from a skyscraper. The whole "it's just off the map to the right" thing felt wrong. Across a fairly large ocean would have worked beautifully for me, though, so that's where I put a similar land in my own games.
Posted by Peter D at 7:45 AM