This is a Reaper Warlord undead pirate captain. I used him as a significant NPC in my long-running GURPS campaign.

Big pics behind the cut.

I loved painting him because skeletons are pretty easy, and so are brightly-colored pirates. Not a lot of nuance, just finery and ostentation with a bit of wear. Importantly, he's not packing heat, which was critical for a character piece in a no-gunpowder game. 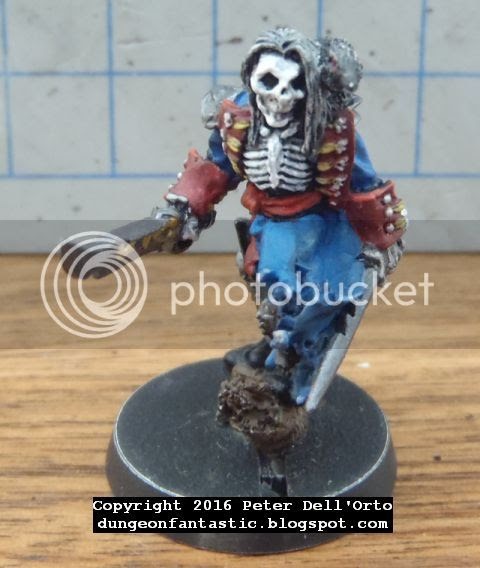 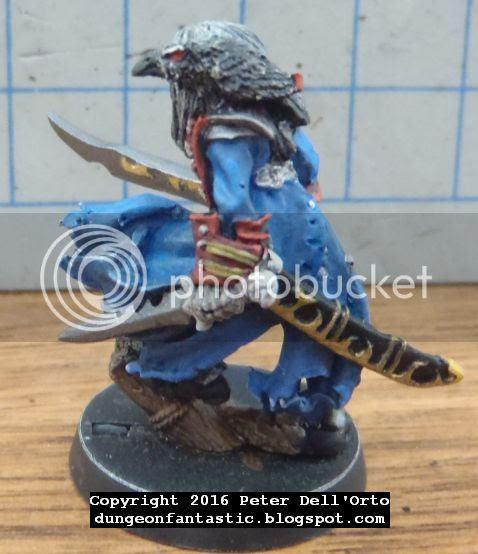 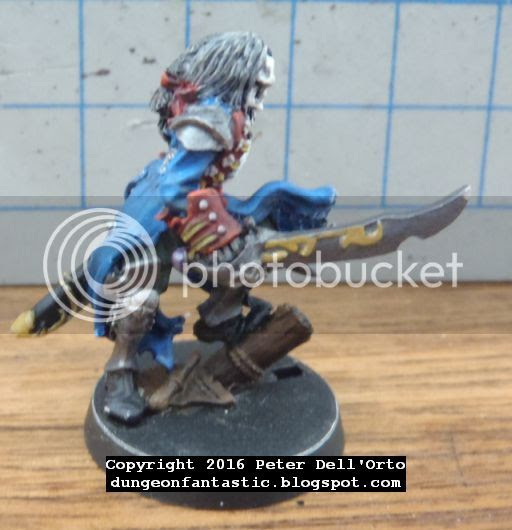 In the game, this was Captain "White William" Gregsor. He was originally Black William, but white fit better, he claimed, since he was a skeleton. He was cruel, mean, and talked in a rasp that would make Clint Eastwood proud. He was a fun character to run, and hunted down this mini and painted him for this express purpose. He'll turn up if I get to run a nautical adventure for DF.

Great miniature and one of the better paint jobs I've done.
Posted by Peter D at 10:08 AM